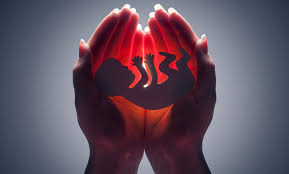 The Mississippi Senate moved one step closer Tuesday to passing a law that would prevent women from getting abortions after they are 15 weeks pregnant. If the law passes, it would be the earliest abortion limit measured in weeks of pregnancy to become law in the US.

The Senate passed a version of House Bill 1510, known as the gestational age act, with minor changes regarding the penalty to providers who break the law. In its current form, doctors would lose their license to practice medicine and face civil penalties. The bill was sent back to the House for another vote, which is considered procedural. If this version passes the House vote, the bill would move to the governor’s desk.
Mississippi Gov. Phil Bryant will sign the bill into law if it reaches his desk, his spokesperson told CNN.
After the bill’s vote, Bryant tweeted, “As I have repeatedly said, I want Mississippi to be the safest place in America for an unborn child. House Bill 1510 will help us achieve that goal.”
Lt. Gov. Tate Reeves said in a statement, “Mississippians are committed to protecting the lives of unborn children, and this law will be a major step in accomplishing that goal.”
Mississippi currently prohibits an abortion after 20 weeks of pregnancy unless “the woman’s life is endangered, her physical health is severely compromised or there is a lethal fetal anomaly,” according to the Guttmacher Institute.
In all, 24 states have laws that ban abortions after a designated duration of pregnancy. Seventeen states, including Mississippi, ban abortions at about 20 weeks post-fertilization, according to Guttmacher.
Planned Parenthood Director of State Policy Media, Danielle Wells, said she believes the law is unconstitutional. She cited a similar law in Arkansas that banned abortions at 12 weeks of pregnancy if a heartbeat was detected, which was struck down by a federal appeals court.
“Already, far too many women cannot access safe, legal abortions in Mississippi because of existing barriers and restrictions. If this measure passes, it would make a bad situation even worse for women,” Wells told CNN.
The bill was held on a procedural motion before returning to the House. The next House vote on the bill has not been scheduled yet.
Share this article:
Previous Post