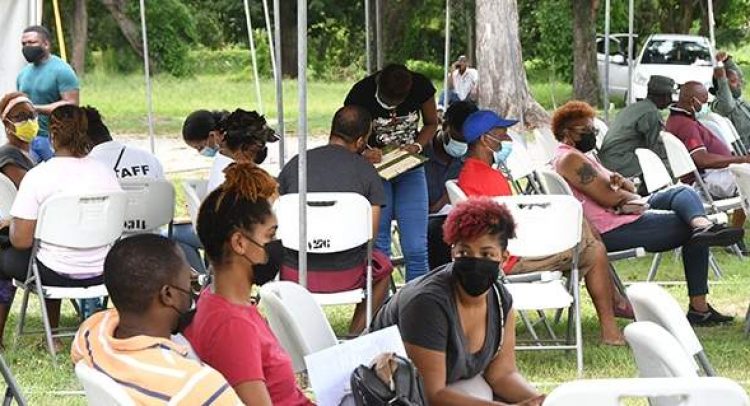 SOME students at The University of The West Indies (UWI), Mona, have expressed support for the institution’s decision that people living on its halls of residence be fully vaccinated against COVID-19, while others were concerned about certain requirements.

In a statement on Friday, The UWI, which is the first major institution in Jamaica to publicly issue a vaccine mandate, said students currently living on halls have until September 3 to comply with the vaccination mandate.

According to the university, the requirement is to ensure a safe living environment for its staff and students.

“Evidence of vaccination with any of the approved vaccines must be provided to the relevant student services and development manager in order to secure accommodation in the halls of residence,” the statement said.

Students who received their first vaccination shot and are awaiting their second shot will be allowed to remain on hall. However, those students are being urged to make the necessary arrangements to receive their second shot at the earliest opportunity.

Britney Gray, a third-year integrated marketing communication student living on Taylor Hall, lauded the university for its decision, which she said is a very effective method in protecting the people who occupy the campus’s space.

“Being vaccinated alongside upholding the protocols outlined by the Government will reduce the infection rate and help to resume some kind of normalcy on the campus. As a resident, I want to be able to have a good university experience and this will only be achieved if this pandemic is slowed or ends. If every resident and staff is vaccinated and all protocols followed all should be well,” she told the Jamaica Observer.

Gray said that her only concern is “for those refusing to take the vaccine who may be unable to find accommodation elsewhere”.

The UWI indicated that students who are hesitant of taking the vaccine will not be permitted to reside in a hall of residence, but its Office of Students Services & Development will try to assist such students in identifying alternative accommodation off-campus. Those students will be reimbursed for the unused portion of their residence fees that had already been paid.

At the same time The UWI said students who are unable to take the vaccine for religious or health-related reasons should submit documentation from their religious body or doctor so that their situation may be considered — on a case-by-case basis.

An animal biology student living on Irvine Hall, who did not wish to be named, said the institution’s requirements were necessary.

“Let hall life return to hall life so that people can experience UWI as they should. Allowing the students to become vaccinated was needed. I only think that people who have received advice from their doctor should not be forced into taking it,” the student said.

Meanwhile, a marine biology student, also living on Irvine Hall and who requested anonymity, agreed to some extent, pointing out that the requirements would be unfair to some students.

“I understand that you need to be protected from the virus because it is a living environment and you don’t want to spread it to other people. However, some people, like international students and those from further parishes, have no choice but to live on hall so they can go to school, especially if they have face-to- face courses,” she said.

“What if they don’t want to take the vaccine but they protect themselves? They are not going out, interacting with a lot of people, and following the protocols. I can see where it can be a benefit, but also it is encroaching on people’s choices,” the student argued.

In a recent Twitter post, The UWI’s Guild President Danielle Mullings, who said she firmly supports the institution’s position, suggested that staff members working on halls should also be fully vaccinated.

She said the university has agreed to that request.

“I do believe that more notice could have been given to our students, but I also understand the decision comes on the heels of the Delta variant being confirmed in Jamaica and the current spike in cases. Wanting a safer environment for students on halls is a fair position,” said Mullings.