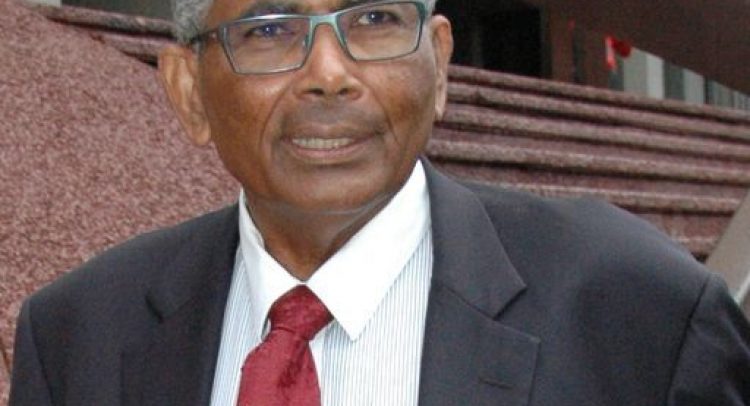 Former Clico Investment Bank (CIB) chairman Andre Monteil and former CIB President Richard Trotman have been ordered to pay almost $100 million in restitution to their former employer over a controversial unsecured loan to Monteil before the bank’s collapse.

Delivering a 129-page judgement, last week, High Court Judge Avason Quinlan-Williams said that both Monteil and Trotman were responsible for the unpaid $78 million loan as they breached their fiduciary duties to the bank in facilitating it, well over a decade ago.

Quinlan-Williams said: “I have found that the first and second defendants (Monteil and Trotman) to lack credibility and in many respects to be untruthful witnesses.”

“I make this statement because those findings were critical in the court’s fact-finding exercise and in coming to the conclusion that the claimant (CIB) has successfully met their burden in proving the case against the defendants,” she added.

In the lawsuit, CIB was claiming that Trotman and Monteil breached their fiduciary duties through the deal which left the bank unpaid and without sufficient security to cover the loan.

The deal consisted of a series of complex financial transactions done between 2007 and 2008.

According to the evidence in the case, Monteil sought and obtained the loan through his company Stone Street Capital in February 2007 to help purchase shares in Home Mortgage Bank (HMB) held by CIB’s parent company CL Financial (CLF).

Shortly after, the debt was transferred to Monteil’s other company First Capital (St Lucia) Limited, which then held his over 300,000 CLF shares, which at the time, were valued at almost $444 million.

CIB was initially to hold Monteil’s new shareholding in HMB as security but when the debt was transferred to First Capital, it was substituted to that company’s CLF shares.

Monteil struck a deal with former CLF executive chairman Lawrence Duprey for him (Duprey) to take control of First Capital’s debt and assets in exchange for the option to purchase CLF’s 43 per cent shareholding in HMB.

Monteil purchased the HMB shares using the loan and other finances for $110 million and then sold them to the National Insurance Board (NIB) for almost the exact purchase price.

CIB filed the lawsuit against the parties after the Central Bank took over control of it and CLF following the Government’s bailout of both organizations in 2009.

Testifying in the trial of the case in 2009, Trotman admitted that CIB officials fabricated documents to make it appear that it was, in fact, Duprey who had initially taken the loan in February 2007.

“It may be faulty legally but this is the way we approached it,” Trotman said, as he admitted that the questionable manoeuvre was a failed attempt by him and his colleagues to ensure that Duprey would guarantee the loan.

In disposing of the case, Quinlan-Williams ruled that CIB was entitled to restitution for the $78 million loan less the a little over $1 million in HMB dividends it received before its hold over it was substituted to First Capital’s CLF shares.

She also stated that CIB was entitled to two and a half percent interest on the money between when the lawsuit was filed in 2011 and her judgement was delivered.

She declared that the transfer of the debt and security substitution was void as they were not done with proper authority and in breach of the duo’s fiduciary duties.

She also ruled that the duo and Stone Street had to account for the assets they hold or held in their possession, which was acquired directly or indirectly from the proceeds of the loan. CIB was also allowed to trace their assets for such information.

With regard to Monteil, Quinlan-Williams noted that he knew that the loan was unauthorised, in oral terms, did not have adequate security and was granted without due diligence from Trotman.

“He knew that this was highly irregular and not in CIB’s best interests yet as Chairman and a Director of CIB, he allowed it to happen, leaving CIB exposed and unsecured,” she said.

She also said he acted dishonestly by not disclosing the true purpose of the transfer and substitution.

“He deliberately misled Mr Trotman and the CIB Board that the transfer of the loan obligations was to another of his companies that would be a Stone Street subsidiary, namely FCL St Kitts,” she said.

Dealing with Trotman, Quinlan-Williams said he breached his fiduciary duty to act with care diligence and skill as a prudent executive would have done in comparable circumstances.

She also noted that he failed in his fiduciary duties of loyalty, honesty and good faith and did not act with the highest standard of professional and ethical competence.

As part of the judgement, Quinlan-Williams ordered Monteil, Trotman and Stone Street to pay CIB’s legal costs for bringing the lawsuit.

She also granted a 60 stay of execution of the judgement.

Britney Spears slams the documentaries being made about her life