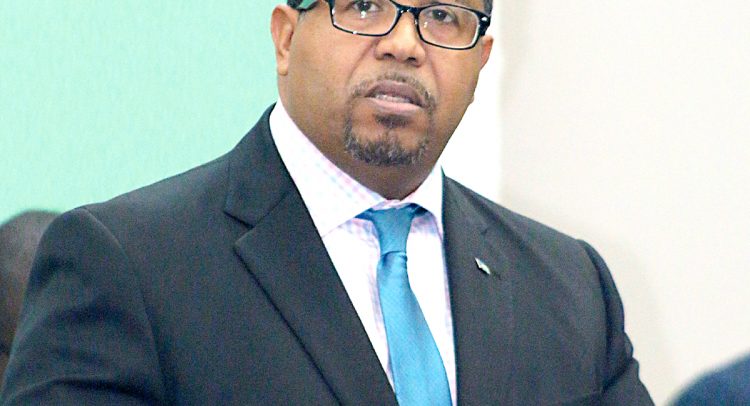 Government “fully” expects to meet its financial targets, especially with respect to the country’s deficit, Deputy Prime Minister Peter Turnquest told Guardian Business yesterday, after Moody’s released an update on The Bahamas in which it projects government will miss its deficit target.

Moody’s stipulated in its report that its prediction on the country’s deficit is derived from calculations based in a cash-based accounting system.

“As to missing the target, I will discuss more in my contribution to the mid-year statement debate but at this point we fully expect to meet our targets,” Turnquest said.

Both Moody’s and the government have blamed missed fiscal targets on bills left over from the previous Progressive Liberal Party (PLP) government, citing millions in unexpected and unpaid bills that are still coming into the Ministry of Finance.

“We consider that this data does not yet fully reflect the outstanding arrears from FY2016/17, which would lead the FY2017/18 deficit to expand and come to a level higher than that recorded in the last fiscal year (on a cash basis),” the Moody’s report states.

Moody’s, despite its projection, said it would continue to track government’s fiscal progress and processes.

“We expect to get more information about how the fiscal accounts are evolving with the inclusion of the arrears over the coming months, as well as the measures that the government plans to implement to continue its medium-term fiscal consolidation plan in the FY2018/19 budget,” notes the report.

At the same time, government managed to improve the country’s deficit position by $92.3 million. The government’s total recurrent expenditure at the mid-point declined by $67.5 million, landing at $1.078 billion.

Moody’s added that tourism sector projects continue to shore up the Bahamian economy, with the phased opening of Baha Mar beginning last April, and the imminent opening of the development’s Rosewood tower.

“The Rosewood hotel will employ about 20 percent of the estimated 5,000 employees the resort is estimated to retain when fully operational,” Moody’s report notes.

“Another tourism-related development includes the $200 million The Pointe project in Nassau, which we expect will provide an additional lift to growth and employment this year and next. Over the medium term, tourism projects and an oil refinery in Grand Bahama – all still in early stages – point to a continued flow of foreign direct investment,” the report adds.

'About time we win a World Cup' - Holder