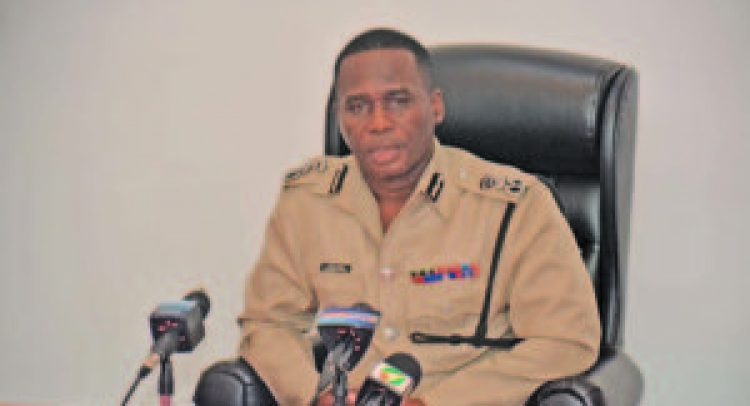 More persons have come forward denying that they were out of the country on Election Day when they voted, contradicting claims from A Partnership for National Unity/Alliance For Change (APNU/AFC) and the information supplied by Chief Immigration Officer and Police Commissioner Leslie James.

Sursattie Ramnarine, of Lot 70 Philadelphia, East Bank Essequibo (EBE), had her name included on the list of 172 persons that the Police Commissioner forwarded to the Guyana Elections Commission (GECOM) of persons who were out of the jurisdiction on March 2, Election Day. However, according to her, this is far from the truth.

“I voted at Philadelphia Nursery School…I didn’t leave the country,” Ramnarine said in a video broadcast. Ramnarine also drew up an Affidavit of Confirming Presence, in which she asserted that she was present in Guyana on March 2, 2020 and that she voted.

In it, she also cited the Statutory Declarations Act, Chapter 5:09, which provides for persons to make declarations before a Commissioner of Oaths and makes false declarations a criminal offence.

Shafeek Kumar, of Lot 367 North New Scheme, Zeelugt, also swore under the Statutory Declarations Act, Chapter 5:09, that he was in the country on March 2 and physically voted in the elections.

Allegations debunked
These denials follow on the heels of similar denials from a number of other people. For instance, 30-year-old Kaminie Singh, in an interview with Guyana Times, expressed shock over the allegation against her, since she has not left the country in more than five years.

According to Singh, the last time she left Guyana was back in 2014, when she travelled to the United States. She confirmed that she was present and voted on March 2 in person at the Cornelia Ida Nursery School, WCD.

This publication was also shown Singh’s passport details, confirming the trip to and from the US in 2014.

“I stayed in New York, a little less than three weeks. And I did return, I’ve been living in Guyana since then. I got married, had a family, family business, I am working at a school,” she emphasised.

Meanwhile, another voter whom APNU/AFC claimed migrated, Nishani Bissessar, presented an Affidavit of Existence and Presence on Tuesday to attest to her physically voting. She denied the claim that she was out of the country.

Meanwhile, Sydney Douglas Jones, who was also listed as migrated, has also confirmed that he was in Guyana on Election Day and voted at Diamond, East Bank Demerara (EBD). The 75-year-old man on Tuesday was in the presence of his nephew, where his identification card was displayed. Kimbelie Karishma Raghunandan as well confirmed her presence in Guyana on Election Day and voting in person.

APNU/AFC has cast their net so far that on Tuesday, party agents objected to serial number 157 in ballot box 4497. It turns out that this serial number belongs to prominent Attorney-at-Law Devindra Kissoon, who was not only in the country on Election Day, but he also voted at the African Heritage Museum in Bel Air Park, Georgetown.

To compound the inaccuracy of the objection, the prominent lawyer was an accredited observer for the American Chamber of Commerce Guyana Chapter (AmCham). He was seen by numerous witnesses at several polling stations — including the Enmore Community Centre – across the country on Election Day.

In another instance, APNU/AFC objected to media operative Latoya Wills as they claimed she had migrated and was not around to vote. However, Wills has since confirmed that she did not travel anywhere and was around to vote on March 2.

And on Monday, Compton Bacchus and Amos Bhola of Region Two (Pomeroon-Supenaam) had cause to deny the allegation that they were migrant voters, after their names appeared on the list sent by APNU/AFC to GECOM.

In the wake of several denials, the Guyana Police Force (GPF) has defended the data it provided to GECOM on the basis of persons possibly travelling “illegally” and hence not being recorded by the Electronic Border Management System.

It turns out that APNU/AFC has sent another set of lists to GECOM Chair, Retired Justice Claudette Singh, of persons it claimed voted without identification cards and Oaths of Identity, persons who migrated but are alleged to have voted, and allegedly dead voters.