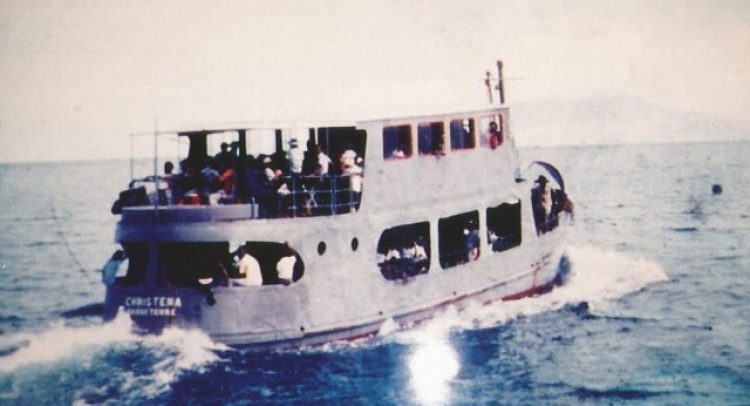 Basseterre, Saturday, 1st August, 2020, (MyVue News.com)- National Hero and First Prime Minister of St. Kitts & Nevis, Dr. Kennedy Simmonds, said on Friday, that the progress the country has made, 50 years after the MV Christena disaster, should not be taken for granted, nor viewed in isolation from the historic partnership of 40 years ago, when the coalition government of PAM and NRP was formed.

For him, the tragedy has not prevented the country from advancing, though it created much hardships and sorrow for the affected families.

During the period of the 70s, Nevis, in particular, was stagnant economically, and lacked much of the infrastructure, taken for granted today.

“Today, the continuing evolution in the economic and social stability in St. Kitts and Nevis is being facilitated and fueled by a revolution in small business enterprise,” said Simmonds, who led St.Kitts & Nevis into independence, 13 years after the tragedy.

Five decades after, according to the former leader of PAM, “St. Kitts & Nevis is more prosperous and progressive. “Our achievements in education, health, tourism, sports, technology and our protection and support for vulnerable groups, are admirable, even in the eyes of more developed nations.”

Before he entered the halls of government, first as Premier in 1980, and then Prime Minister, in 1983, Simmonds had direct connections with the tragedy, serving, then, as the sole medical practitioner on Nevis when the sinking of the ferry occurred.

Speaking at a special ceremony, on the occasion of the 50th Anniversary, on Friday, 31st July, 2020, he outlined some of the challenges faced by Nevisians during the 1970s.

He revealed that after the disaster of Christena, “the tensions and the distrust between st. Kitts and Nevis were further aggravated during the tenure of it’s successor ferry, the Liamuiga, with its intimidating presence of armed soldiers”.

“But, eventually, that too was changed,” stated Simmonds. He recounted developments that he personally supervised when, eventually, he became Premier of St. Kitts & Nevis, in 1980, just 10 years after the accident.

His administration took the decision in 1980, to procure a new ferry, MV Caribe Queen, which provided inter-island transportation, for some 40 years, with latest sailings about one year ago.

Today, the vital lifeline of transportation of people, goods and services across the channel is more efficient, convenient and timely than it has ever been, added Simmonds.

“Our people, our entrepreneurs, have seized the initiative and have shouldered the responsibility for this significant area of our economy and lifestyle,” he continued.

Also of importance, said the former Prime Minister, to a room packed with current and former political figures, more positive changes, in the relationship between both islands, came “…when in the wee hours of February, 19, 1980, two men, with their support teams, sat across from each other, looked into each other’s eyes and believed that the respect and good faith they saw there, was genuine.”

He was referring to the meeting that led to the historic coalition government between the People’s Action Movement and the Nevis Reformation Party, led then, by Dr. Simeon Daniel, (the first Premier of Nevis and now a National Hero).

He said, together they moved st. Kitts and Nevis away from the brink of another disaster, (secession), and laid the foundation for the unity, (independence), trust and confidence that is manifest in our people today.

“More importantly, however, we have not experienced another major boating accident since 1970,” he ended.

Main photo: MV Christena on a voyage from St. Kitts