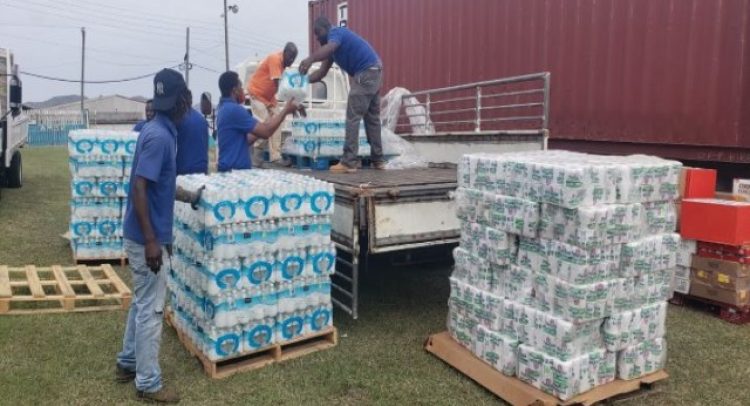 More supplies to St. Vincent as SKN prepares for evacuees

Basseterre, 23rd April, 2021 (My Vue News.com)-Over a quarter-million dollars worth of supplies were shipped this week to St. Vincent in the continued effort to aid the people of that country, in the aftermath of the recent volcanic eruption.

This, however, follows two previous shipments that were spearheaded by the National Emergency Management Agency (NEMA), in Basseterre, but made possible through the tangible support of private citizens and businesses that have responded to the call for assistance.

This latest shipment, which is valued at over EC$280,000, was comprised of two 40-foot containers and three 20 foot containers, said National Disaster Coordinator in St. Kitts & Nevis, Abdias Samuel.

A government statement indicated that the containers were shipped on Monday 12th April by King Ocean from St. Kitts and Tuesday 13th April by Tropical Shipping from Nevis.

Reports out of St. Vincent last week indicated that, at the time, over 600 persons had already applied to be relocated to receiving countries in the region.

However, seven (7) persons have made St. Kitts & Nevis their chosen destination, thus far.

A special committee, with the backing of the Government in Basseterre, has been meeting to ensure that all related plans are in place to welcome the evacuees.

It was back on Friday, 9th April,2021, when the La Soufriere volcano first erupted and since then there have been several follow up blasts and ash flows, causing over 16,000 people in the danger zone to flee the areas under threat.