Basseterre, St. Kitts, 5th February, 2018, (MyVueNews.com) – For a very small developing nation, St. Kitts and Nevis, is being made to shoulder rather tough responsibilities in tackling the global threat of cancer.

The problem is known to affect both men and women and is evident in various forms of the dreaded disease. Almost twice the amount of women are suffering from cancer in these two Caribbean islands.

The Chief Medical Officer, CMO, for the two island nation, has indicated that there were 74 cases of cancer diagnosed at the country’s main health institution, the Joseph N France General Hospital, in 2017.

In a release to mark World Cancer Day, which was observed on Sunday, 4th February, CMO Dr. Hazel Laws reported that the majority of cases were females, with 65%, while only 35% were males.

The most affected persons, says Laws, fall within the age range of 50-59 years old.

Breast cancer is the one with the greatest frequency, while prostate, followed by Cervix Endometrium/Uterus, Skin, and Colon, respectively, are the others, in order of danger. 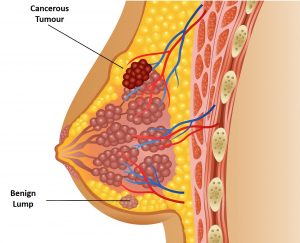 Recognizing the growing problem, medical officials have stepped up their efforts to sensitize and educate citizens, while also offering treatment.

Since the start of operations of the Oncology Unit at the hospital, just over one year ago, some 67 patients have accessed the facility for care.

These have largely been from St. Kitts, which accounts for 80% of patients, while 20% are said to be from Nevis. Dr. Laws also shared that over 50% of the patients had malignant neoplasm between stages 3 and 4.

The CMO admonished Kittitians and Nevisians to take charge of their own health, including steps to prevent cancer.

She encouraged citizens to adopt changes such as non-smoking, reducing or eliminating the use of alcohol, at least 3 hours of weekly exercise, healthier diets rich in plant-based foods and low in fat.

Being sun smart by wearing SPF 30+ sunscreen, protective clothing and or hat, also helps while having annual medical checks and cancer screening could also help with early detection that can save lives, said Laws.

Some of the specific screening tests being advocated by the CMO include mammography, for all women over 40 years, pap smears for women who are sexually active, and men 40 years and over seeking prostate cancer screening.

Both men and women, says Laws, should also factor the need for colon cancer screening.

All these tests, states the doctor, are designed to help detect cancer at an early stage because this can reduce the amount of associated deaths. She also encouraged families to begin making the topic of cancer a household discussion.

The theme for this year’s World Cancer Day is ‘We can. I can.’