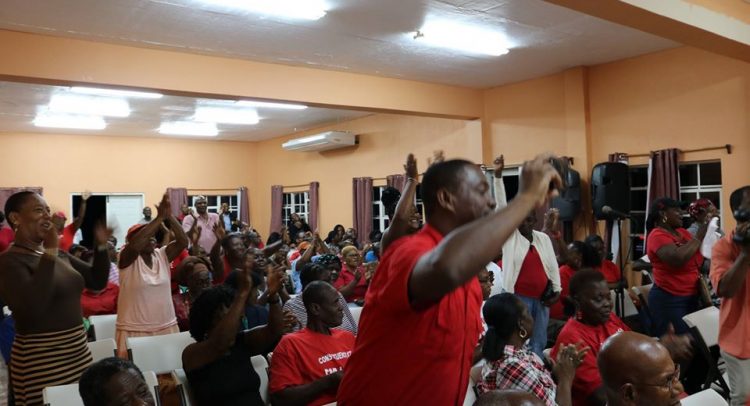 The Commissioner of Police is warning that motorcades, processions and public meetings are not allowed at this time.

Commissioner Hilroy Brandy stated firmly on Thursday, May 22, that acting on the advice of the Chief Medical Officer, no permission will be granted to any individual, group or political party to have such events. He disclosed that he has had discussions with representatives from each political party in the country informing them of these restrictions. However, he added that he found himself receiving information that such activities were still being organised.

“It is important for the public to know that I have not granted permission to any political party or any group to have a motorcade or public procession. Notwithstanding this, on several occasions, I have had to send Officers to stop several efforts to have motorcades. In some instances, the activity was already underway and we have had to bring them to a halt. This is unacceptable. It is important for members of the public to know what is allowed and what is not allowed at this time so that they can make informed decisions,” said Commissioner Brandy.

The Federation of St. Kitts and Nevis has been under a State of Emergency since March 28, during which several measures have been put in place to contain the spread of the Coronavirus. The decision to prohibit marches, processions and public meetings is a part of the precautionary measures being taken to prevent the spread of the virus.