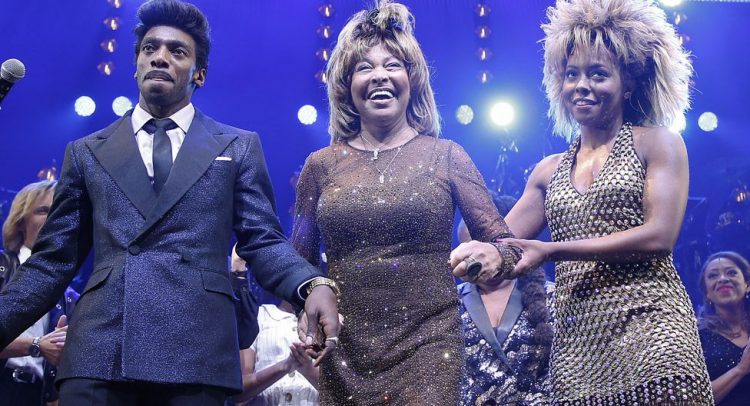 Move over Tony, the Antonyo Awards are here to celebrate black theatre talent

Covid-19 means the 2020 Tony Awards – New York’s annual celebration of Broadway theatre – are on hold. But the first Antonyo Awards are happening later.

The idea is to recognise the best of African American theatrical talent, which the organisers say doesn’t always get its due.

Darius Barnes is a Broadway dancer and choreographer who until March was in the Tina Fey musical Mean Girls. He’s already working on the new Michael Jackson show MJ, now scheduled to hit Broadway next year.

He could have found time hanging heavy after the coronavirus pandemic closed all New York theatres on 12 March. Instead, he’s one of a group of ambitious African American theatre practitioners pulling together the inaugural Antonyo Awards.

He says the awards, whose name is a riff on the long-established Tonys, are a celebration of black theatre talent and blackness in general. “We wanted to do something to uplift the black theatre community and the contribution it’s made to Broadway and off-Broadway theatre,” he says.

Barnes says it’s just chance that the Antonyos are launching in the year of Covid-19.

“But I think actually they might have been harder to get started in normal times – everyone in New York theatre is always crazy busy.

“But now everyone’s at home working through Zoom or whatever and they had a little more time to donate their talent and record material for this week’s show. I don’t know if a live red carpet event would ever have happened this quickly.”

The ceremony is online on Friday, 19 June – or “Juneteenth”, the anniversary of the end of slavery in 1865.

Presenters will include Audra McDonald, one of Broadway’s most acclaimed stars, and Titus Burgess of the Netflix series Unbreakable Kimmy Schmidt.

Around 80,000 people voted online for theatre talent shortlisted in almost 30 categories. Some are the performance categories you would expect, such as best actor in a play.

“There’s a huge gap in the representation of people of colour in categories like scenic design, both on Broadway and off Broadway,” he says. “That’s definitely one of the things we are highlighting.”

(The term off-Broadway usually refers to Manhattan theatres that hold between 100 and 499 people.)

Shade also runs the website BroadwayBlack.com. He says around 50 shows in the last Broadway season (until terminated by Covid-19) featured African American talent, on stage or off.

“Given how many shows there can be in New York, that’s not a massive number. So where are all the black orchestrators for instance? That’s a major job in Broadway theatre.”

So are the Antonyo Awards intended to be a criticism of the the Tonys, which have existed since 1947 and are broadcast live on network television each year?

Since 2000, there have been just four black winners of the Tony for best actress in a play. Denzel Washington is the only black actor to have taken the equivalent male award in the same period.

“I don’t call it criticism,” says Shade. “It’s more that we’re shining a light on what the situation is. Instead of trying to shame people, we thought, let’s just do something ourselves now.

“We know certain things about society and how people want to be treated. We know what feels right and what’s morally right.”

The Antonyos are of course also happening as the Black Lives Matter movement is news around the world.

“Black Lives Matter has been a part of our culture for several years since Trayvon Martin’s death [in 2012] – the culture of our bodies not being valued,” Shade says.

“I don’t want to ride on the back of a movement which is so much more than what I am doing.

“But we are doing the work to make sure we are uplifting each other. I am happy that the awards are starting when people actually need this joy right now.”

The Antonyo Awards can be watched on YouTube at 19:00 EST (midnight BST) on Friday.

Main Photo: Daniel J Watts (left) and Adrienne Warren (right) are nominated for a musical based on the life of Tina Turner (centre)

No decision yet on reopening of PJIA and Port St. Maarten