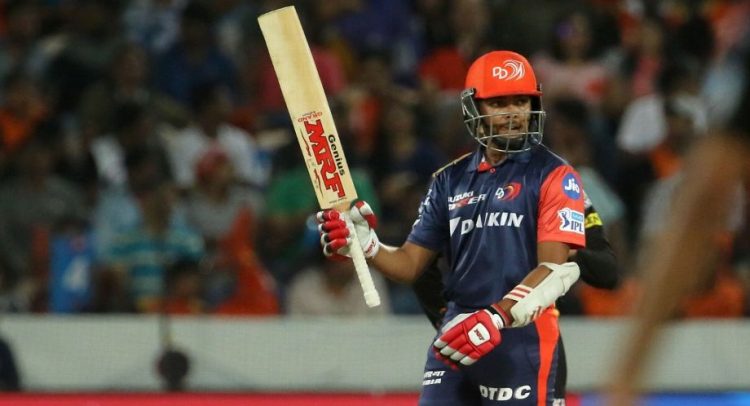 We’re not even halfway through 2018, and Mujeeb Ur Rahman’s had an unforgettable year already. In February, he bowled Afghanistan to the Under-19 World Cup semi-final in New Zealand. In March, he played in key role in helping Afghanistan clinch a 2019 World Cup berth in Zimbabwe. In April-May, he proved to be an all-weather T20 bowler in India. And we aren’t even into June, when he could potentially make his Test debut in Bengaluru.

His strengths? Use conditions to his advantage. When R Ashwin, the Kings XI Punjab captain, trusted him with the new ball, he relied on front-of-the-hand sliders and mixed them with googlies and carrom balls. With the old ball, his lengths and the bounce he got off deliveries denied batsmen room to swing through, most notably when he defended 16 off the final over against a rampaging Shreyas Iyer at Feroz Shah Kotla, a venue with notoriously short boundaries.

By any stretch, 14 wickets in 11 games at an economy of 6.99 is mighty impressive. Who knows, what more he could’ve done if not for a savage Sunil Narine blow that copped him a stinging blow on his thumb to rule him out towards the end of the league phase.

His bare numbers read 126 runs and 11 wickets in IPL 2018, but that wouldn’t tell you the full story. Few have the ability to hit sixes from the get-go, and K Gowtham is one of them. His unravelling of one of the best death bowlers this IPL season was among the highlights. In his fifth IPL innings, he walked out with Rajasthan Royals needing 43 off 17 balls. Jasprit Bumrah’s previous over had gone for just one run and fetched two wickets, his reputation hardly a deterrent as Gowtham came up with some of the cleanest hitting. He swindled 18 off the over, his unbeaten 33 off 11 balls helping Royals pull off a heist.

Which is why his holding back in the Eliminator, with the asking rate very much under control going into the last five overs was one of the more bizarre decisions Royals made this season. With the bat, he was an on-demand six-hitter, with the ball, he was asked to do a holding job upfront mostly. On the field, he was as reliable as they come.

Gowtham has had to make up for lost time. For four years, between 2012 and 2016, he was in the wilderness, not even at times part of his club team in Bengaluru. This was the time he battled form and issues with his bowling action that had to be remodelled. Later in 2017, he was pulled up for missing a Duleep Trophy game with illness but turned out for his Karnataka Premier League team because he was the highest paid player in the tournament. He was then dropped from all developmental teams. Now, he’s back and will travel to England with the India A squad, a limited-overs berth in the national team no longer far-fetched.

Deepak Chahar, 25, has three dreams: the first was ticked off in 2010 when he was part of Rajasthan’s historic first Ranji Trophy title in his debut season, when he picked up 8 for 10 on debut to skittle Hyderabad for 21. On Sunday, he ticked the second box: an IPL title with Chennai Super Kings, for whom he was superb with the ball: 10 wickets in 12 games at an economy rate of 7.39.

Last season, he was part of the Rising Pune Supergiant squad under the same think tank, but was “still developing.” However, this season, he was thrust into the hot seat straight away. It all started with him troubling Rohit Sharma with a succession of outswingers before eliciting an ugly heave in the tournament opener. It ended, quite fittingly, with a frugal spell: 4-0-25-0 at the same venue, all inside the halfway mark, in the final. His batting potential, which coach Stephen Fleming said was “very underrated” also shone through when he made a 20-ball 39 after being promoted to No. 6 with CSK tottering at 58 for 4 in a 159 chase on a seaming Pune deck.

The third box could be a while away, but at least the IPL performances have ensured he’s on the plane to England with the India A one-day squad that will play the tri-series with England Lions and West Indies A.

The weight of the famed ‘Mumbai school of batting’ hasn’t deterred him. That he’s being talked up that much is a motivating factor, but insists on the need to emerge from the Under-19 shadows quickly.

He has five hundreds in 10 first-class matches, an Under-19 World Cup medal and is now among one of just four players to find an India A berth for both formats. He was slowly initiated into the IPL and was part of nine opening combinations Delhi Daredevils tried, but held his own in the nine games he played, scoring two half-centuries and a 47 at a commendable strike rate of 153.

Blessed with supple wrists and hand-eye coordination to die for, Shaw’s strengths lie square of the wicket. He cuts and pulls well, but has shown improvement when the balls have been pitched up. It’s one thing hitting on the up in India, another trying to spend time and cover the line against the swinging ball in England. The one aspect he may have to improve though: fielding and slip catching.

For a week, the South Africa quick warmed the bench. Then he flew home after his father’s demise. Upon return, he tied down Delhi Daredevils’ batting line-up in a spell that read 4-0-26-1. It would be the start of an emotional fairytale journey. He played the next six games, including the final, and picked up 11 wickets in all with a best of 4 for 10 on a Pune surface that he said looked more like Johannesburg. He finished the tournament with a smart economy rate of 3.77 – the best among all bowlers in the tournament.

He is tall, hits the deck hard, consistently bowls in the 140kph range, generates good bounce, and can get the ball to move around sharply. Initially brought in to lend balance because of Chahar’s untimely injury, Ngidi’s performances made him a permanent fixture even after his return. This even as his South Africa captain Faf du Plessis warmed the bench and could only break in much later in the competition.