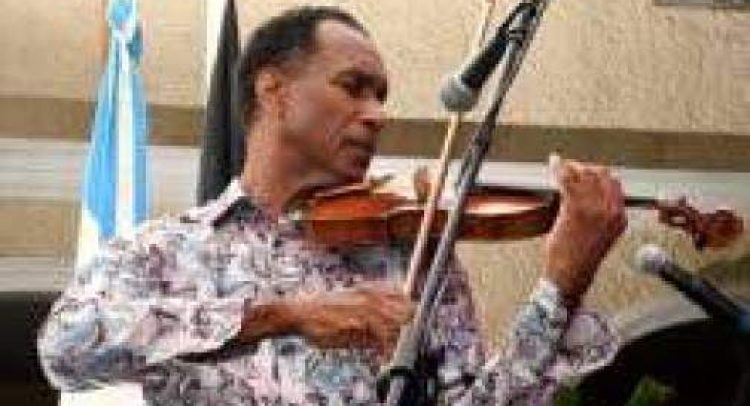 RENOWNED Jamaican violinist and music educator Steven Woodham is among the 10 people to be awarded the Musgrave Medal later this year by the Institute of Jamaica (IOJ).

Woodham will receive the Musgrave Gold Medal for his outstanding contribution to the field of music. He is joined in the top category by writer Dr Ishion Hutchinson as a person from the arts and entertainment to be recognised this year.

In announcing this year’s recipients, the IOJ noted that Woodham is a multi-award-winning concert violinist, tutor, multi-disciplinary artist and conductor with degrees in violin performance, music education, and chamber music from institutions in Hungary and the United States.

Hutchinson, the institute noted, was being recognised for the high quality of his work which, in a short period of time, received numerous awards and created a space for Jamaican literature and poetry worldwide.

Silver Medal awardee, Tucker, has become known as Jamaica’s first singing sensation. A child star and prodigy, this tenor is best known for his performance of music ranging from spirituals, folk, patriotic and national songs.

For McCallum, the other recipient from the arts, it was noted that her work highlights the innovative possibilities of Caribbean literature through language and stylistic choice as well as thematic occupation.

Bronze medal recipient Russell has been a practising sculptor since 1991 at his Jamaica Giant Sculpture Park and Gallery, a sustainable tourism development in Westmoreland. While Blake Carnegie is 89 years old, she has authored 10 books with four manuscripts being edited. Her works are primarily children’s books set in Jamaica and tell stories within the context of Jamaican culture and heritage.

The Musgrave Medals are awarded annually in recognition of achievement in art, science, and literature. Originally conceived in 1889 and named in memory of Sir Anthony Musgrave, the founder of the institute and the former governor of Jamaica. No awards were handed out last year due to the current novel coronavirus pandemic.

Returning national students can apply for a waiver of quarantine fees