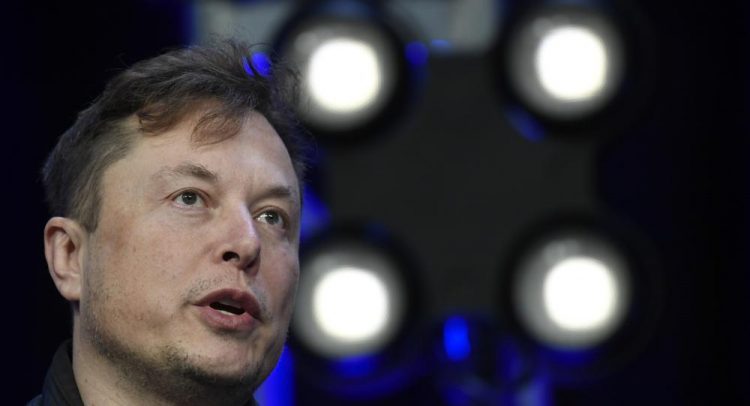 NEW YORK (AP) — Tesla and SpaceX CEO Elon Musk has denied a claim of sexual misconduct by a flight attendant contracted by SpaceX who worked on his private jet in 2016.

A report by Business Insider said SpaceX paid the woman $250,000 in severance in 2018 in exchange for her agreeing not to file a lawsuit over her claim.

Musk, who is in the process of buying Twitter, used the social media platform to respond to the allegation.

“And, for the record, those wild accusations are utterly untrue,” he wrote in response to one user who tweeted in support of him.

He replied to another: “In my 30 year career, including the entire MeToo era, there’s nothing to report, but, as soon as I say I intend to restore free speech to Twitter & vote Republican, suddenly there is …”

He also made light of the accusation, quoting a tweet of his own from 2021 in which he said if there was ever a scandal about him, it should be called “Elongate.”

“Finally, we get to use Elongate as scandal name. It’s kinda perfect,” he tweeted Friday.

Several hours before the Business Insider report was published, Musk tweeted that he had previously voted for Democrats but would now vote for Republicans and suggested that the left would launch a “dirty tricks campaign” against him.

Musk, who was in Brazil on Friday to meet with President Jair Bolsonaro, has offered to buy Twitter for $44 billion, but said the deal can’t go forward until the company provides information about how many accounts on the platform are spam or bots.

SpaceX has previously faced allegations of male workers sexually harassing women. One former SpaceX engineer who started as an intern wrote an online essay last year describing repeated sexual advances and other harassment she experienced. She said the company was “so rife with sexism, the only remedy is for women to leave.”

After the allegations emerged publicly in December, SpaceX’s president and chief operating officer, Gwynne Shotwell, sent an email to employees stressing the importance of “timely reporting” of harassment and discrimination complaints and said the company will rigorously investigate them, according to reports at the time from the New York Times and other news outlets.

FILE – Elon Musk speaks at the SATELLITE Conference and Exhibition March 9, 2020, in Washington. On Tuesday, May 10, 2022. Musk has denied a claim of sexual misconduct by a Space X flight attendant who worked on his private jet in 2016. A report by Business Insider said SpaceX paid the woman $250,000 in severance in 2018 in exchange for her agreeing not to file a lawsuit over her claim. (AP Photo/Susan Walsh, File)