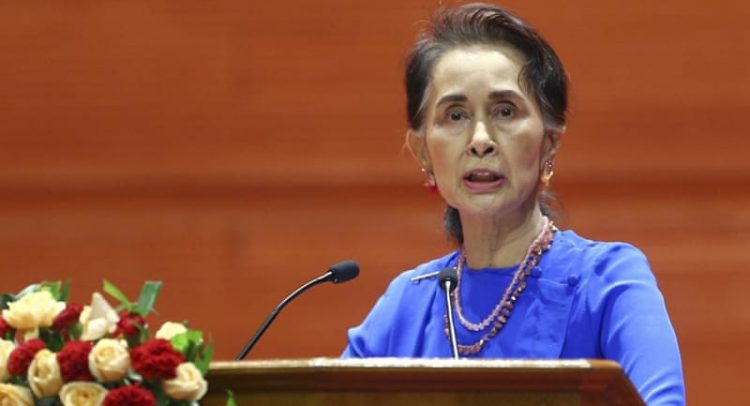 Hussein told the BBC that her attempts to excuse it were “deeply regrettable”.

“She was in a position to do something,” said Hussein. “She could have stayed quiet – or even better, she could have resigned.”

“There was no need for her to be the spokesperson of the Burmese military. She didn’t have to say this was an iceberg of misinformation. These were fabrications,” he added.

“She could have said look, you know, I am prepared to be the nominal leader of the country but not under these conditions.”

His comments come after a UN report said Myanmar’s military carried out mass killings and gang rapes of Rohingya with “genocidal intent” and called on the commander-in-chief and five generals to be prosecuted.

Myanmar has rejected the UN’s findings, calling the allegations false.

Despite this, the Nobel Peace Prize laureate refused to recognise the atrocities committed by the Myanmar military and instead justified her government’s campaign against the beleaguered Muslim community, while speaking at a lecture in Singapore last week.

Aung San Suu Kyi even refused to refer to the ethnic group by its name, and has missed several opportunities to speak publicly about the issue, including the UN General Assembly in New York last September.

Many Buddhists in Myanmar believe that the Rohingya are Bengalis who migrated to the country illegally during the British rule in the subcontinent, and have rejected their claims that their roots in the region that go back centuries.

Since 2012, incidents of religious intolerance and incitement against Muslims have increased across the country, with the Rohingya frequently attacked and portrayed as a “threat to race and religion”.

Myanmar’s government has signed several agreements on preparing for the return of the Rohingya, but UN agencies have accused it of dragging its feet, and human rights groups are concerned that the safety of returning Rohingya cannot be assured.

The UN, which hasn’t been granted access to Rakhine since the outbreak of violence in August 2017, fears the returning refugees won’t be given freedom of movement if they return.