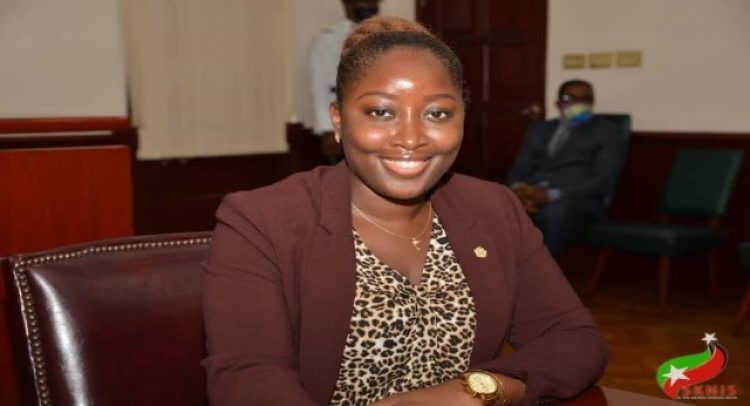 National Assembly gets a new clerk

Perkins indicated that the Deputy Clerk, Trevlyn Stapleton, has been elevated to the top post, with the appointment taking effect from 1st January, 2022.

She replaces Sonia Boddie-Thompson who demitted office last year and is now posted at the St. Kitts & Nevis Washington DC, (USA), Diplomatic Mission, as a Counsellor.

The Speaker, while congratulating Stapleton, said that “Before being appointed as Clerk, Miss Stapleton, who holds a Bachelor of Arts Degree in Business Administration from Monroe College, New York – served as Deputy Clerk of the Assembly for just over two years and also as an Assistant Secretary in the Office of the Prime Minister for the past three years.”

The appointment is in accordance with section 35 of the constitution, which stipulates that there shall be a Clerk of the National Assembly. The position is also required to be a public office.