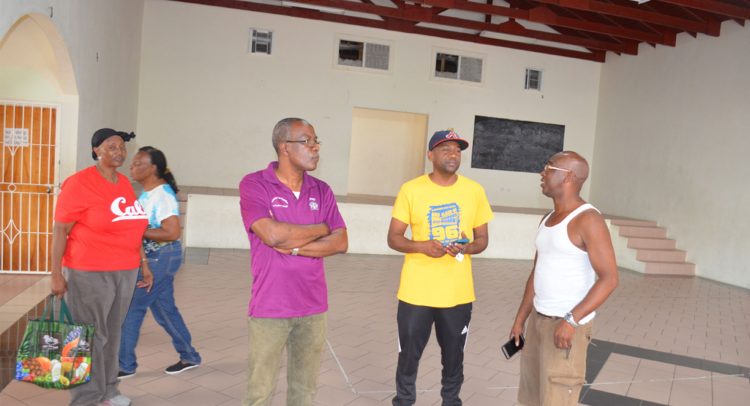 “We have had the passage of a system, which we knew as Tropical Storm Beryl, which has now basically degenerated and it has become a disorganised system which is going to bring some heavy rain showers,” said Mr Samuel. “I want us to continue being mindful and I want to thank the general public for remaining alert, and for the level of interest shown in being prepared and receiving and awaiting information. NEMA staff worked on Saturday July 7 and were in readiness in the event the general public would have needed any form of assistance in form of information or otherwise.”

Mr Samuel observed that the system is moving away from the northern Leeward Islands, but moisture and some instability may remain in the atmosphere. He asked the general public to remain alert and vigilant and continue to monitor the conditions and situations that the country may face from the passage. He reminded individuals to avoid the ghauts as water rushes from the mountains and has been known to wash away cars and even persons.

“To date we still have a warning for small craft users and sea bathers,” advised Mr Samuel. “Be vigilant of the conditions of the seas. However we expect that the situation will gradually get better as the system passes and gets further away from us. I want to reiterate that I would like for everyone to stay focussed and pay special attention to our local government information sources such as the Meteorological Office in St. Kitts and Nevis who provides the information localised and centralised to St. Kitts and Nevis.”

According to the National Disaster Coordinator, the country has not suffered major damage to any critical infrastructure and operations were normal, as water and electricity were still available and all essential services and businesses continued as usual as Monday was a working day for everyone and schools were on.

He however reported that there were power outages experienced in the areas from Buckley’s to Boyd’s, Halfway Tree to Newton Ground, and Molineux to Mansion. There were smaller areas that were affected, such as Parry Village, Keys and Ottley’s for a short time. He said that electricity in most of the larger areas had already been restored (by Monday July 9 midday), or should have been restored by late afternoon. Newton Ground had no water, but was to be restored.

A representative from USAID/Office of U.S. Foreign Disaster Assistance (OFDA) came into the country on Sunday, and she was on island as a precautionary measure of any pre-impact and in the event that the country would have been impacted for USAID/OFDA to be able to help and get supplies, or any assistance necessary for St. Kitts and Nevis.

“I wish to thank the volunteers, because we also did some assessment of shelters,” noted Mr Samuel. “In doing these assessments it gave us an idea as what we need to do in order to make the shelters a little more ready than they are, and comfortable for habitation. What we want to do going forward is to enhance the mechanism to make it much better and build the confidence of the general public, and also of stakeholders that together and collaboratively we are going to be ready to be a resilient country against any disasters that may impact us.”