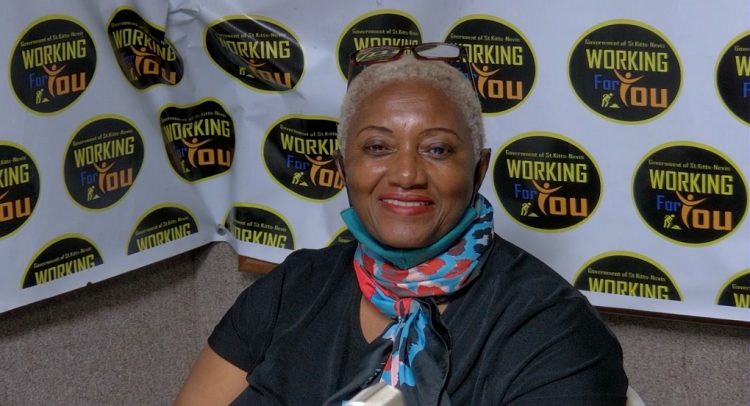 Basseterre, St. Kitts, January 15, 2021 (SKNIS): A National Gender Policy for St. Kitts and Nevis would be useful in addressing the many social issues that were highlighted in the Gender Equality Study that was done in 2014, says the Director of the Department of Gender Affairs, Celia Christopher.

Mrs. Christopher was at the time speaking on the radio and television programme “Working for You” on January 13.

She stated that the study outlined a number of issues and that the policy will be able to address those matters including men and women’s biological and culturally constructed differences and bring equity to various solutions to ensure development benefits all.

Issues such as the realization of paternity leave, recognition of common-law unions are issues that need to be addressed, said the director. “That is why this gender policy is so important,” she said.

Mrs. Christopher added that the underachievement of males in the education system, women’s underrepresentation in political decision making, and wealth creation among women and young men, can be effectively addressed in a National Gender Policy.

A National Gender Policy will also strengthen the state’s capacity to oversee the integration of gender concerns in every area of national life and improved compliance with reporting requirements under the various human rights instruments, said the director.

She stated that gender equality benefits all and therefore every stratum of society is expected to participate in the consultative process that will precede the preparation of the policy.

“The launch on November 29th of the UNESCO funded National Gender Equality Policy and the ensuing participatory activities will present useful opportunities to the public sector, private sector, civil society, faith-based organizations, the differently-abled, seniors, youth and children, the entire society to contribute to a process, which will positively impact the development of St. Kitts and Nevis. Make history and contribute to this national development endeavour,” said Mrs. Christopher.

She said that a successful consultative process and an effective policy document depend on the participation of all stakeholders.

Department Of Gender Affairs Gets Full Support From Ministers