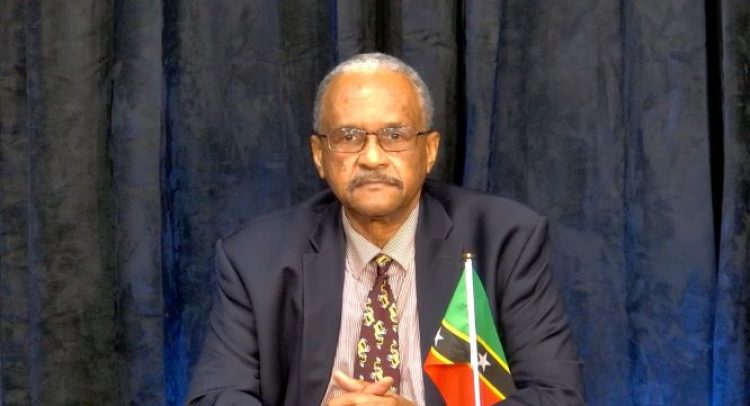 Basseterre, St. Kitts, May 13, 2021 (SKNIS): National Security Advisor, Retired Major General Stewart Saunders said that the Federation of St. Kitts and Nevis under the Leadership of the Team-Unity Government has come a long way with the reduction in gun violence since March 13, 2019.

During the popular online forum series ‘Leadership Matters’ hosted by Dr. the Honourable Timothy Harris on May 11, Mr. Saunders said that “The Federation has continued to experience marked reductions in homicides by the gun and shootings.”

He added that “Citizens continue to enjoy their ability to move about freely with little or no fear of experiencing acts of extreme violence.”

“Establishments continue to report a better environment in which to do business,” he said.

He attributed much of this success to the Alternative Lifestyle Pathway Programme, which began on the 13th of March 2019, while saying that this programme originated as a result of the surges in crime in September of 2018 resulting in the launch of Operation Ensuring Safety and New Dawn by the Royal St. Christopher and Nevis Police Force.

“The positive impacts of those operations and the events of February 2019 that resulted in an unprecedented number of homicides in a two week period were followed by requests being made to the Royal St. Christopher and Nevis Police Force by the warring factions at the time to assist them in resolving their issues,” he said.

Currently, the Royal St. Christopher and Nevis Police Force is in the process of rolling out phase three of the Alternative Lifestyle Pathway Programme, which is the Life Skills Training and Exposure Programme.