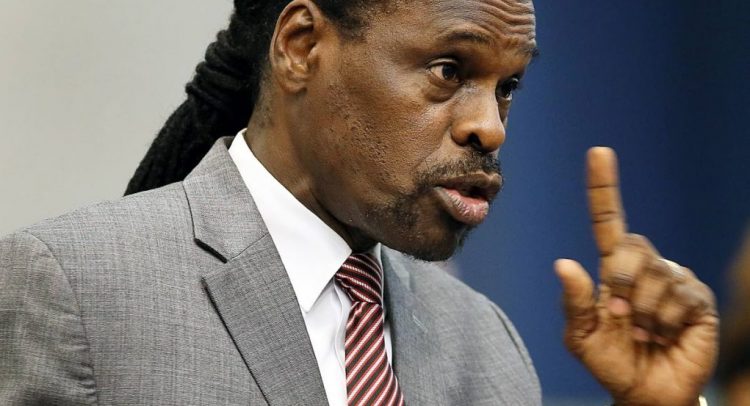 National Security Minister Fitzgerald Hinds on Monday warned of a direct correlation between the crime surge in Trinidad and Tobago and what transpires behind prison walls.

In addition, acting Commissioner of Prisons, Deopersad Ramoutar, also noted that a number of people end up in prison as a result of what he termed a broken value system.

Speaking at a two-hour news conference, Hinds told reporters he had received information inmates were organising criminal activities targeting individuals on the outside.

“There are prison officers, who by virtue of the oaths they have taken and their own personal morality and integrity and the regulation of the prison service and the police service who take the position we will not be a part of that, we will not comply with that, we will uphold the law and the constitution and the tenants of our duty.

“And there are cases where those prison officers have come under threat and have paid with their lives,” Hinds said, making reference to an incident last year, when prison officer, Nigel Jones, was gunned down in the presence of his three-year-old daughter.

Hinds said that the incident is a daily reminder to him of the troubling reality in the country, dismissing also calls by the Opposition for his resignation.

“You will remember on that day in Siparia, south of here, when he was there with his daughter doing things that a father ought to do and you will remember the reaction of that child when the shots rang out and she saw her father fall.

“Criminality of the highest extreme and that’s because Jones from all the information that I got from the prison and the police was one of those officers who took the position he will do what he is supposed to do. He would not be complicit, he would not let us down, he would not let you down Trinidad and Tobago.

“There are a lot of people in this country who pretend to be true to theirs (oath) and appear to get away lightly so far,” he added.

Ramoutar told the news conference while many people in custody come from a broken home with a broken value system, the situation continues while they are incarcerated.

“While prison can imprison their body, we’re yet to imprison their minds from continuing their criminal behaviour and networking,” Ramoutar said, noting the mayhem associated with drugs and cell phones being allowed illegally into the prison system.

“There’s a small argument that cell phones provide family bonding and allow inmates to contact their families. A small argument because we do have legitimate phones that the inmates can use and we do have legitimate opportunities for visits between inmates and their family, virtual or physical. The larger benefit of the phones in the system is for criminals to continue their criminal trade…their extortion.”