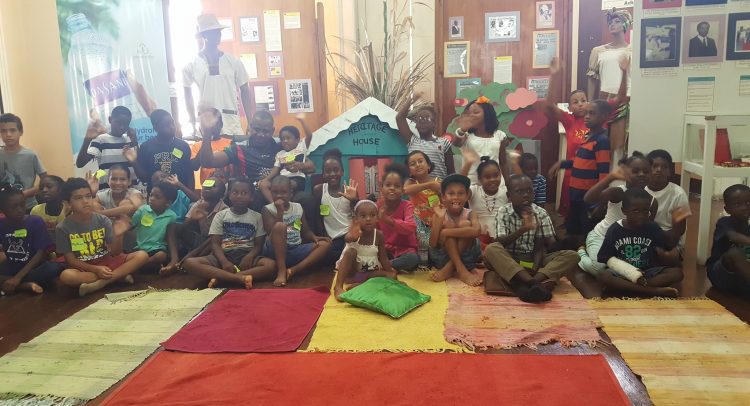 (St. Christopher National Trust) St. Kitts and Nevis, July 2, 2018: The Governor General His Excellency Sir S.W. Tapley Seaton has agreed to serve as a storyteller in the National Trust’s Dasani-Harpers Children’s Summer Storytelling Series, beginning this weekend.Unable to do so last summer, the Governor General is eagerly preparing to share the story of Betto Douglas, an enslaved woman who took on the court system in the early nineteenth century.  He will join the children on August 11th.

Deputy Prime Minister and Minister of Education Shawn Richards, is once again joining the series as a storyteller, doing his stint on July 21st.  The Minister was a big hit with the children last summer.

“Since, my participation I have met quite a number of the kids,” the Deputy Prime Minister told the Trust. “It’s such a good feeling to have them run to me and give me a hug and say to their parents that I read a story for them,” adding that he couldn’t help smiling just thinking about the children’s reactions when meeting him again.

The ‘Heritage House’ Series is designed for children aged 6-12 years old.  It features stories set in St. Kitts and Nevis and is followed by discussion time.  Participants are encouraged to talk about character development, their observations about the environment and relationships, and learn to unleash their creativity, inspiring them to value self-expression, culture and heritage.

Each week will feature different guest readers, some sharing stories of real people who lived in St. Kitts as well as fictitious tales set on the island.  There is also a session in which the children create and present their own stories.

The sessions are held each Saturday morning from 9:30 a.m. – 11:00 a.m. and runs from July 7th to August 25th.  Sessions are being held inside the National Museum, in a room that has been transformed into a fun, storytelling space.  Children can be registered for all eight sessions or from week to week.

A number of businesses, agencies and individuals have already thrown their support behind the series, and anticipating that more sponsors will come forward the National Trust is waiving the $10 per child weekly registration fee.

For more information, to register or become a sponsor, please call 465-5584 or email museum@stchristophernationaltrust.kn.