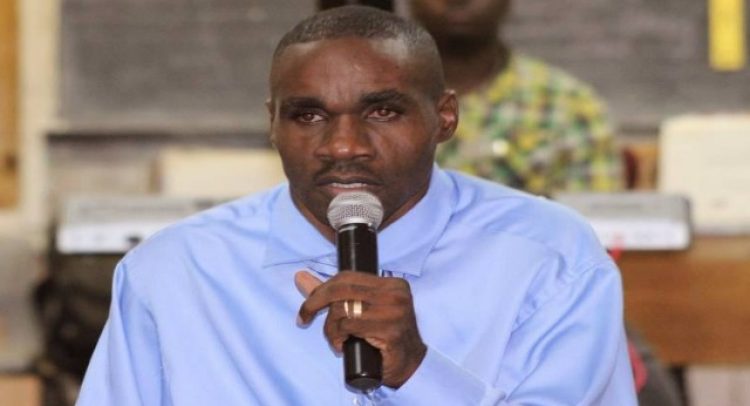 Basseterre, 17th June, 2020 (MyVue News.com)- A moderate but much needed financial support was provided on Tuesday night, 16th June, to calypsonian, De Navigator, who has been pursuing medical treatment for a number of years.

Though Navigator himself was not able to directly accept the check, he was ably represented at a virtual calypso concert hosted at the Carnival Village, and attended by the new Minister of Culture, Jonel Powell, and the man he succeeded, Deputy Prime Minister, Shawn Richards.

Navigator, who nine years ago proved his worth when he won the ZIZ 50th Anniversary Calypso Competition and also made it to the Finals a few years ago, in the Senior Calypso Monarch Contest, was seriously injured, over 10 years ago, in a shooting incident.

He was at the time attacked and shot during a robbery incident on the outskirts of Basseterre. The shooting left him paralyzed and confined to a wheel chair.

But that new reality has not stopped his love for calypso and desire to produce music and compete.

Recognizing the value of Navigator to the calypso art-form, The Minister of Culture and Carnival, handed over a check for US$1,000.00 to Navigator’s representative, while Richards and the Carnival Committee Chairman, Noah Mills, looked on and gave their own support.

“This is a donation towards the awesome Navigator, a very well-known calypsonian, here in St. Kitts & Nevis, a recent finalist in the Senior Calypso Competition, who as some of us may know, experienced a very difficult injury recently,” stated Powell.

The Minister of Carnival continued, “And he is having some troubles with his recovery, and so as a token of our appreciation to the awesome Navigator and his contributions to the calypso arena, it is my pleasure, on behalf of the Carnival Committee, to handover to you, a check for US$1,000.00, which is intended to go towards his continued recovery and his return back here to St. Kitts and Nevis.”

No decision has been made as yet, regarding the 2020 St. Kitts_Nevis Carnival which is held mainly in the months of December and (early) January.