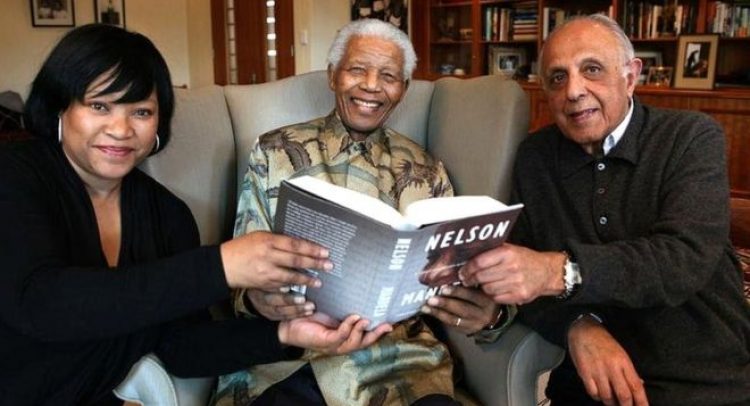 She died in a Johannesburg hospital in the early hours of Monday morning, public broadcaster SABC said.

She was an activist in her own right and was serving as ambassador to Denmark at the time of her death.

The cause of her death was not immediately revealed.

Zindzi Mandela was Nelson Mandela’s sixth child and his second with Winnie Madikizela-Mandela, his second wife.

President Cyril Ramaphosa in a statement said Zindzi Mandela had “during our years of struggle brought home the inhumanity of the apartheid system and the unshakeable resolve of our fight for freedom”.

Ms Mandela had been posted to Denmark in 2015 and had been designated to become South Africa’s head of mission in Monrovia, Liberia.

Minister of International Relations Naledi Pandor said: “Zindzi will not only be remembered as a daughter of our struggle heroes, but as a struggle heroine in her own right.”

Ms Mandela grew up at the height of the anti-apartheid struggle. With her father imprisoned on Robben Island, she endured years of harassment and intimidation by the apartheid regime, along with her sister Zenani, and her mother Winnie, says the BBC’s Vumani Mkhize.

Zindzi Mandela was the family member who read out Nelson Mandela’s rejection of then-president PW Botha’s offer for conditional release from prison at a public meeting in February 1985.

Through his foundation, Nobel peace laureate and former archbishop of Cape Town Desmond Tutu said that “speech in Soweto, on behalf of her father… reinvigorated the values and principles of the struggle”.

Ms Mandela “played a critical role symbolising the humanity and steadfastness of the anti-apartheid struggle”, he added.

Most recently, she was known for her vocal support for radical land reform in South Africa, our correspondent says.

Main photo: Zindzi Mandela with her father Nelson in 2010 (AFP)