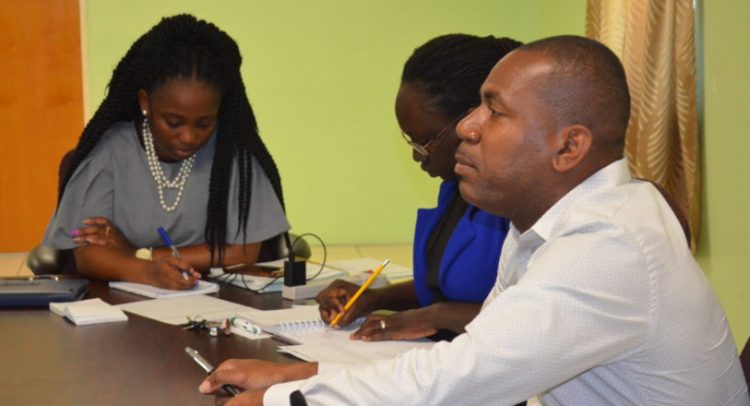 Basseterre, St. Kitts, August 23, 2018 (SKNIS): While appearing on the August 22 edition of “Working For You”, representatives from the National Emergency Management Agency (NEMA) explained the emergency shelter selection and management process to create safe havens for persons during national disasters.

National Disaster Coordinator, Mr. Abdias Samuel, said that the shelter selection process is very tedious and depends on a number of factors such as size, accessibility, basic essentials, and safety. He also explained that there is a draft shelter policy that is acting as a guideline for how the shelters should operate and be maintained, and who is allowed refuge in the shelters during times of emergencies.

“We have to look at the greatest good for the greatest number of people,” said Mr. Samuel, while noting that pets, persons of ill character and persons with contagious viruses are usually not allowed in these shelters for health and safety concerns.

He encouraged the general public to get onboard with the “Buddy System” and be their neighbors’ keeper in times of disasters for a sense of more comfort and to eliminate the heavy reliance on government resources that are usually stretched very thin during times of emergencies.

“I want the general public to adapt to this and not weigh so much on the government to provide and it may also bring a level of comfort to you than going to an actual shelter,” he stated.

She spoke on the importance of having psycho-social training as a part of dealing with persons during times of emergencies to deal with a wide array of responses and emotions that may come from persons in distress.

“This underscores the importance of psycho-social support as well. We tend to sometimes put that on the back burner like it is not so important, however, we do not necessarily know how we will react once we feel threatened,” she said.

She also urged persons to do family planning prior to natural disasters to have a clear emergency protocol that can be followed when disaster strikes. This should include emergency supplies and contact persons, who you can turn to in the event of an emergency.