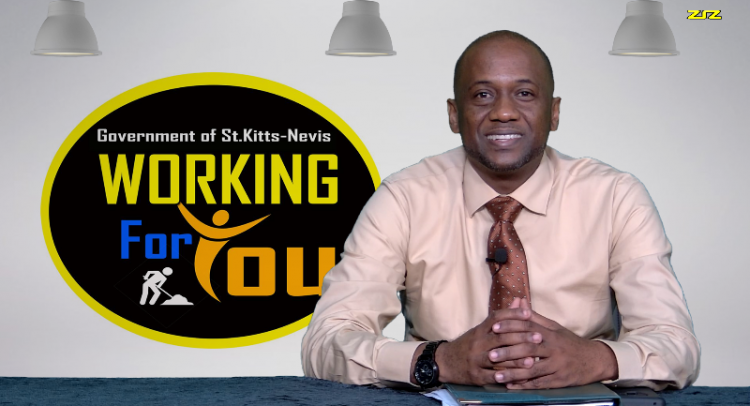 Abdias Samuel, National Disaster Coordinator (NDC) said this the National Emergency Management Agency (NEMA) plays a crucial role before, during and after disasters, adding that the agency’s role is to coordinate.

“We are there to manage any type of national impact, anything that overwhelms the local capacity. So, we bring together all of the government’s assets whether private or otherwise to be able to respond, manage and coordinate the response effort to any type of catastrophe on St. Kitts and Nevis and by extension the region,” said Mr. Samuel during his June 24 appearance on ‘Working for You.’ “NEMA’s job is to coordinate. We become the government headquarters of St. Kitts and Nevis when it comes to disaster management.”

The NDC noted that there are three levels when it comes to disaster management.

“We have the Secretariat which is the agency that deals with the day to day operations. When we go into an operational mode where the National Emergency Operations Center (NEOC) is activated then we go to the NEOC. The NEOC brings together again all of these assets,” he said. “Then you have the executive-level of the NEOC, and that executive-level comprises of senior government officials to that of ministers, permanent secretaries and the NDC as the secretary to that executive committee.”

He noted that traditionally, NEMA was a hurricane centric type agency, but all that changed when the various risks and threats that the Caribbean region was susceptible to emerged.

“Caribbean Disaster Emergency Management Agency (CDEMA) came up with a concept or policy called Comprehensive Disaster Management (CDM). This was adopted in 2002 or thereabout and we also adopted the policy as a member state of CDEMA. What that means, a comprehensive approach to disaster management, whether it be natural, manmade, technological or otherwise,” he said.

CDM is an integrated and proactive approach to disaster management and seeks to reduce the risk and loss associated with natural and technological hazard and effects of climate change to enhance regional sustainable development.

Mr. Samuel pointed out two critical areas of importance namely, the ten National Sub-committees that deal with the response, recovery and mitigation, as well as the work of the Mitigation Council currently chaired by the Attorney-General, the Honourable Vincent Byron Jr.