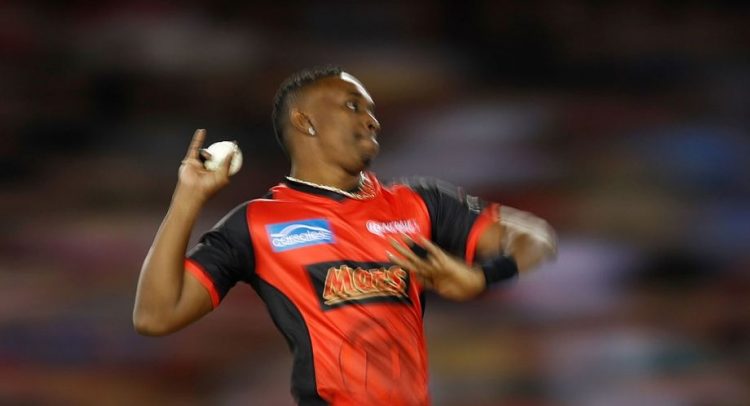 Dwayne Bravo has hit back at Cricket West Indies (CWI) for building a perception that he isn’t interested in playing one-day internationals. The 34-year old allrounder hasn’t played one in nearly four years, but he insists that such a situation arose because of a lack of clarity from the selectors regarding his role in the team as opposed to his not wanting to play ODIs.

In addition, Bravo has also called out the chairman of the panel Courtney Browne for purporting that the two of them had been in contact with each other.

While announcing West Indies’ squad for the 2019 World Cup Qualifiers, Browne was quoted in a CWI release saying, “Dwayne Bravo was not contacted as he had indicated previously that he is no longer available to play cricket for the West Indies.”

Bravo, however, was firm that he has never expressed any desire to end his West Indies career; at least not to CWI or the team management. “Let me make it clear that I have never had any conversation in last six months with the chairman or anyone from board about any West Indies cricket,” he told Cricbuzz. “The only time we spoke about cricket was during the T20 series in Dubai 2016 when he said I was poison to West indies cricket and bad influence on young players, ridiculously.

“What I said recently in an interview with a journalist in the Bangladesh Premier League was that, however, I don’t see myself playing 50-overs cricket again, despite my interest, because of the lack of communication from the board. So I would challenge the chairman to say otherwise.”

A similar situation arose last year when West Indies were deliberating on a squad to play England. In August 2017, Browne had ruled out the possibility of Bravo’s inclusion, despite the board offering to relax the rules and pick even those players who didn’t take part in the one-day domestic tournament, on fitness grounds but that he may be considered for a spot in the future.

“The person who actually spoke to me was captain Jason Holder, during Caribbean Premier League,” Bravo said, “And it was him I told that after just coming back from my 2017 Big Bash League injury my body wasn’t ready to play one-day cricket in England, but when I’m stronger I would consider playing one-day cricket in 2018.”

Bravo last represented West Indies in September 2016 but remains a popular figure in T20 franchise cricket. He is currently in Australia, with the Melbourne Renegades, who have made it to the playoffs of the Big Bash League. On Saturday, he was bought by Chennai Super Kings to play the IPL for USD 1 million approx.

“What I would like the Caribbean people to be aware of is that since India 2014 saga [when West Indies left the country midway through the tour over a contract dispute with the board] I never said much about West Indies cricket, because I am living my life stress free, enjoying my cricket around the world,” Bravo said. “Yet my name is still being called up in West Indies cricket controversy.”

While the CWI signed a temporary truce with their cricketers last year, and have now instituted white-ball contracts, the board made it clear that playing the domestic one-day tournament was still a requirement. Last week, the CEO Johnny Graves told ESPNcricnfo that Andre Ruseell, Sunil Narine and Chris Gayle would play some matches in the this year’s Super50 season. These players, Graves said, would then be available for ODI selection in the future, based on form and fitness.

It is not clear whether Bravo and the selectors have had any conversations about him featuring in domestic cricket again. He hasn’t played a List A match since January 2015, and even as a one-day international player, he averaged a middling 25 with the bat but did markedly better with ball in hand, as 199 wickets at 29 apiece suggests.

“I was dropped from the Test team at age of 26, in 2010, before I retired in 2015 after being fed up of asking the selectors when I’d play again,” Bravo said. “I was dropped from the one-day team before the 2015 World Cup. I have never turned my back on West Indies cricket, it is them who have turned their back on me.”