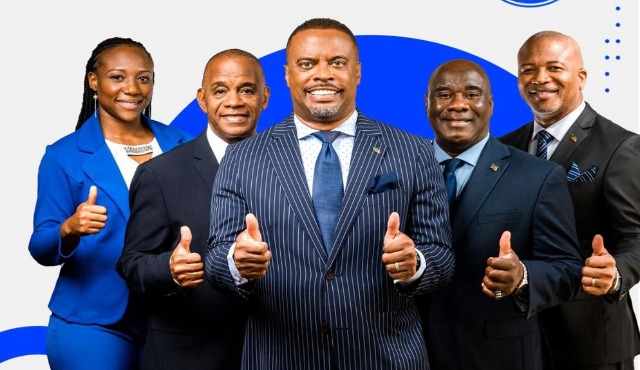 Basseterre, Friday, 25th November, 2022, (MyVue News.com)-Just about four months after participating in the General Elections of 5th August, 2022, Nevisians are again heading to the polls. This time, they will be lining up at the various Polling Divisions to select a new local island assembly and the next government for the territory.

Premier of Nevis and Political Leader of the ruling Concerned Citizens Movement, (CCM), Mark Brantley, made the official announcement on Thursday night during an address carried on local radio and streamed via social media platforms.

The Premier confirmed that the date for polling will be Monday, 12th December, while Nomination Day has been slated for Monday, 5th December, 2022.

Brantley and his four other candidates thereafter headed to Church Ground for a campaign public meeting, with the Premier and his colleagues seeking to justify why they should be given another term, after being elected back in 2017 with a 4-1 margin of victory over the opposition Nevis Reformation Party, (NRP), which is now led by Dr. Janice Daniel-Hodge.

During his address, Brantley highlighted what he described as the main achievements of his Island Administration over the past five years. He said that the electorate should evaluate their performance and judge them on their record of stewardship.

However, the CCM Administration has come under heavy criticism from the NRP which has invested much time accusing the government of “doing nothing” and saying that they cannot “see any progress” on the island.

With only one seat in the last Island Assembly, NRP has decided to field a slate of almost all women, with only one male in the cast of five candidates.

However, in recent months some political observers have indicated that the lone seat held by NRP could be in jeopardy, given what some CCM supporters describe as a strong challenge from Senator Latoya Jones who only a few weeks ago was appointed a Senator to the Federal National Assembly of St. Kitts and Nevis and also serves as the country’s Deputy Speaker.

Some have termed the once safe garrison constituency of Nevis 5-St. Thomas Parish as a “battleground constituency”, though the incumbent, Cleone Simmonds-Stapleton insists that there is no real threat posed by the new CCM candidate, who is also a Special Advisor to the Premier of Nevis.

However, in the last two federal elections, the St. Thomas district has been closely contended, with only marginal wins being registered. At the federal level, St. Thomas Parsh is linked with the Parish of St. James to constitute what is Constituency 11, at the national level.

Despite the counter-claims by the NRP, they have focused much of their recent attention on St. Thomas, which they have vowed to defend “at all costs”.

Featured Photo: Candidates for the ruling CCM in the upcoming local elections