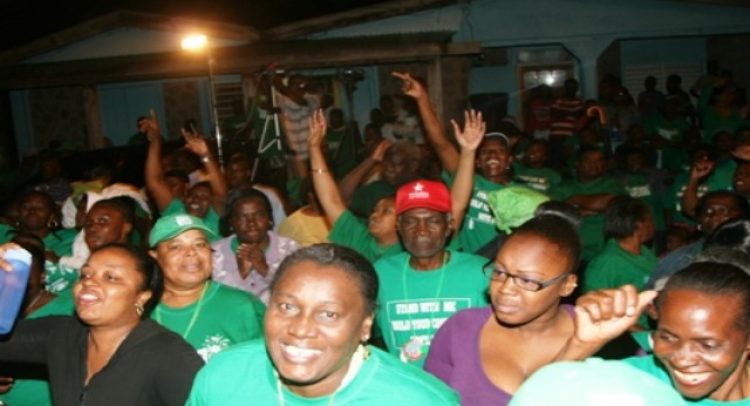 To mark the occasion, the NRP hosted a Thanksgiving Service on Sunday, 25th October, 2020, at the Nevis Performing Arts Center, NEPAC.

The Party, which is the oldest political organization on Nevis, was co-founded in 1970 by National Hero and First Premier of the island, Dr. Simeon Daniel.

It rose to prominence ten years after in 1980, following the national elections that saw the party gaining two seats, which they used to forge an alliance with the People’s Action Movement, (PAM), on St. Kitts, to unseat the powerful Labour Party that had been in office since the 1966 elections.

However, it was the 1971 elections that gave the party its first seat in the St. Kitts & Nevis House of Assembly, attaining just 7.7% of the votes cast.

But by the time the next election came around in 1975, NRP more than doubled its vote share to 16.2%, but the party lost the lone seat it held in the Assembly.

In 1980 however, they also won 16% of the vote, but their fortunes were much brighter, winning two seats an a place in government, where they remained, with PAM, at the federal level, until 1995.

They also dominated at the local government level, maintaining a grip on power from 1980 to 1992, when they lost to the Concerned Citizens Movement, CCM, which had been formed back in 1987.

The party regained control of the Nevis Island Administration in 2006 but lost it again in 2013.

The party is currently being headed by Dr. Janice Daniel, who is the daughter of Dr. Simeon Daniel. Earlier this year, She became only the fourth person to lead the party, (Simeon Daniel, Joseph Parry, Robelto Hector).