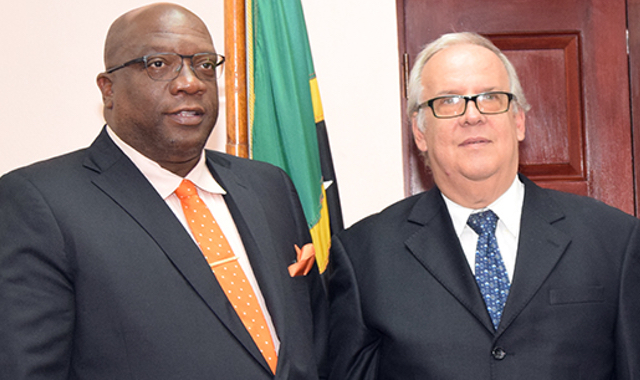 According to information from the Press Unit of the Prime Minister’s Office, Ambassador Hernández Ferrer thanked the federation for its support to Cuba in relation for the call for an end to the U.S. economic embargo.

“Cuba has long been a strong and reliable voice in support of Developing States, and St. Kitts and Nevis, like other countries within CARICOM, we have benefited from that strong advocacy,” Harris said.

He continued, “The international agenda is rife with many issues in which we hope again to collaborate and cooperate with Cuba. Some of these issues are issues relating to climate change, climate mitigation and resilience measures. Other issues relate to the challenge of the blacklisting of states by the OECD and also the emerging issue of de-risking of banks within Caribbean islands.”

The Prime Minister expressed interest in further strengthening of programs in relation to education and health, speaking of the need for specialist services in some areas.