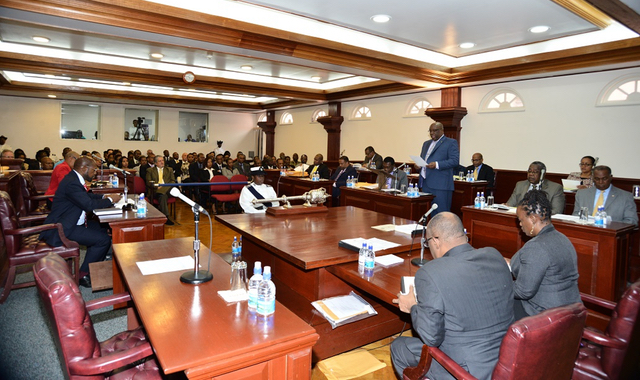 Basseterre, St. Kitts, 27th March, 2018 (MyVueNews.com) – Several new bills will have their first reading in the National Assembly when it convenes this Wednesday, 28th March.

According to information from the Government, Prime Minister Dr. Timothy Harris will introduce The Common Reporting Standards (Amendment) Bill, 2018 and The Credit Reporting Bill, 2018, for their first reading.

Senator Wendy Phipps, who has responsibility for health matters, will introduce for the first reading The Social Protection Bill, 2018.