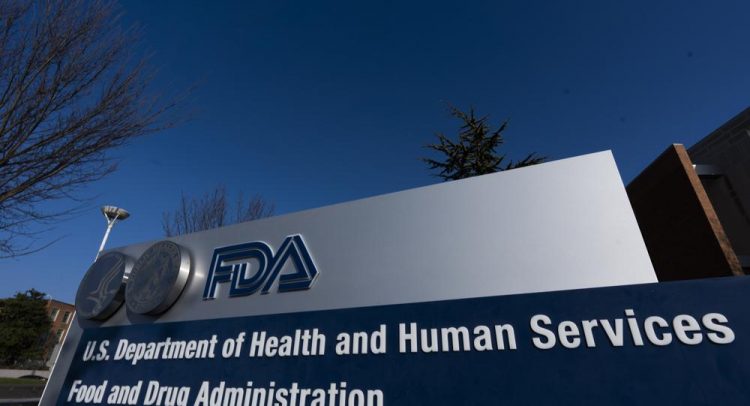 WASHINGTON (AP) — Straining under a pandemic workload and battered by a string of public controversies, one of the leading agencies in the government’s fight against COVID-19 is finally on the verge of getting a new commissioner.

Thousands of FDA staffers are exhausted after racing for more than a year and a half to review products to battle the coronavirus, and the agency’s reputation for rigorous, science-based regulation has been threatened by contentious disputes over COVID-19 booster shots and an unproven new Alzheimer’s drug.

“The FDA is under a cloud like we’ve never seen before,” said Lawrence Gostin, a public health specialist at Georgetown University. “The choice of a commissioner is going to be absolutely essential for a vibrant future for the agency.”

The pressure comes as the FDA faces more coronavirus-related decisions that are likely to affect tens of millions of Americans and determine how the nation fares against future waves of infection.

In the coming weeks, the agency will decide on the scope of booster shots for adults who received the Moderna and Johnson & Johnson vaccines. Regulators will also rule on whether Pfizer’s vaccine is safe and effective for children as young as 5.

That comes atop other high-stakes decisions, including whether to ban e-cigarettes from vaping giant Juul and other manufacturers due to their risks to teens.

Nominating someone for the FDA role was expected to be a priority earlier this year, given the urgency of the pandemic. But the agency’s longtime drug director, Dr. Janet Woodcock, has been serving as acting commissioner since January. The White House faces a legal deadline of mid-November to name a replacement.

Administration officials say Biden will make a decision before Nov. 15. The news this week that Dr. Francis Collins will be stepping down from his post leading the National Institutes of Health has added new urgency to resolve the question of FDA leadership.

Acting agency heads serve mainly as caretakers and generally cannot set new goals or priorities for their agencies. They also have less influence to resolve turmoil between agency staff and political decision makers at higher levels of government.

That issue came into sharp focus last month when two longtime FDA vaccine regulators publicly opposed the Biden administration’s plan to give boosters to most healthy Americans. Both said they would retire from the agency.

There was a sense within the FDA that the White House’s call for a massive booster campaign beginning Sept. 20 had effectively boxed the agency into a decision before its scientists had completed their own review of whether extra shots were needed. Ultimately, the agency authorized scaled-back use of Pfizer’s shot to boost protection in older adults and other vulnerable groups.

The nomination of a new commissioner “should have been settled by now,” said Dr. Stephen Ostroff, a former FDA acting commissioner and chief scientist. “I just wish they would get someone in there to get things moving and to be the public face of the agency so people understand what is going on at FDA and why.”

The monthslong search for an FDA nominee reflects the increasingly political nature of the job and the limited pool of candidates who are both qualified and interested in taking it on.

Headquartered in the Maryland suburbs outside Washington, the FDA is often cited as regulating products that make up 25% of U.S. consumer spending. At the center of this sprawling bureaucracy, the FDA commissioner is subject to pressure from the White House, members of Congress, corporate lobbyists, consumer advocates and medical groups. The most successful commissioners have tended to combine deep expertise in medicine and health policy with keen political and communication skills.

More than a half-dozen names have been floated for the position since Biden took office.

Former FDA Deputy Commissioner Dr. Joshua Sharfstein, the agency’s No. 2 official in the early Obama administration, was an early favorite among medical experts and consumer advocates. But he is opposed by many of the powerful industries that the FDA regulates, including the pharmaceutical lobby.

Dr. Michelle McMurry-Heath, who also worked at the FDA under Obama, has also reportedly been vetted for the job. But her current role heading the biotech industry’s top lobbying group puts her at odds with several key Biden priorities, including lower drug pricing.

For months, Woodcock was expected to be nominated, given her popularity among FDA staff and the drug industry. But several key Democratic senators have signaled they would oppose her confirmation due to the FDA’s handling of addictive opioid painkillers like OxyContin under her watch.

The FDA commissioner must be confirmed by a Senate majority vote.

As the agency’s authorities have expanded, so have the political and legal fault lines. For instance, a 2009 law giving the FDA oversight of tobacco products resulted in more than a decade of ongoing legal battles over menthol cigarettes, flavored e-cigarettes and other products the agency is trying to regulate.

“People who are being considered for the job have to ask themselves: ‘Will I emerge with an enhanced reputation, or will I have a reputation that puts me in the middle of controversy?’” said Wayne Pines, a former FDA associate commissioner and communications specialist who has helped several commissioners through the confirmation process.

Most FDA commissioners over the last three decades have held the job for less than two years.

Dr. Stephen Hahn was commissioner for just 13 months under former President Donald Trump, who repeatedly threatened the agency to speed up reviews of COVID-19 vaccines and to clear unproven treatments, such as the discredited drug hydroxychloroquine.

The strain on the FDA was supposed to ease under Biden. But the White House’s full-court press for booster shots set off alarms among some at the agency that this administration was also getting ahead of the science. Administration allies have defended the aggressive preparation for the boosters, stressing that the plan always depended on signoff from FDA scientists.

Other controversies facing the FDA stem from its own decisions.

The June approval of an expensive new Alzheimer’s drug quickly sparked controversy since the agency’s own expert advisers had nearly unanimously rejected the drug’s purported benefits.

Two congressional committees and a federal inspector general are now investigating the decision after revelations that agency reviewers held undocumented meetings with executives from drugmaker Biogen in the run-up to the approval.

The contacts seemed to confirm longstanding worries that the agency is more a confidant to the drug industry than a regulator. Three FDA advisers resigned over the approval.

Given the controversies confronting the agency, the Biden nominee will need to have “a huge amount of scientific heft and credibility,” Gostin said.

FILE– In this Dec. 10, 2020, file photo, a sign is displayed for the Food and Drug Administration in Silver Spring, Md. After nearly nine months of searching, President Joe Biden says he’s close to naming his choice to lead the FDA, which oversees vaccines, drugs and tests. (AP Photo/Manuel Balce Ceneta, File)

Georgie of No Woman No Cry dies