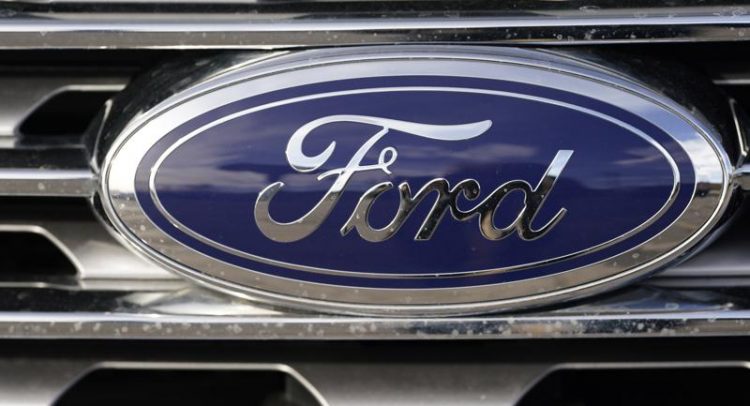 DETROIT (AP) — Ford is forming a joint venture with one of its battery suppliers that will build two North American factories to make batteries for roughly 600,000 electric vehicles per year by the middle of this decade.

The deal with SK Innovation of Korea, announced Thursday, sets up a potential confrontation between the companies and the United Auto Workers, which issued a statement saying Ford has a moral obligation to make sure plant workers are paid union wages.

The UAW and President Joe Biden have advocated for union jobs in new factories as the country transitions from gasoline-burning vehicles to those powered by electricity. The issue almost certainly will be part of negotiations on a new UAW national contract in 2023.

The joint venture called BlueOvalSK is the start of Ford’s plan to vertically integrate key parts of the electric vehicle supply chain. The companies say they have signed a memorandum of understanding, but details on the ownership structure and factory locations have yet to be worked out.

Company executives wouldn’t say whether jobs at the factories would be union. Ford North America Chief Operating Officer Lisa Drake said the companies are still in the memorandum of understanding phase. “We don’t have our labor strategy defined yet. That will be determined by the joint venture itself once that entity is set up” this summer, she said.

SK Innovation already has a U.S. battery factory in Commerce, Georgia, and says it’s expanding production in Europe and China. It plans to be one of the top three electric vehicle battery suppliers in the world by 2025, according to a statement. The company has a contract with Ford to make batteries for a new electric F-150 pickup truck, which is due in showrooms by the middle of next year. Ford’s F-Series pickups are the top-selling vehicles in the U.S.

The UAW has been vocal as General Motors and now Ford have announced plans for joint ventures with battery companies to supply what’s expected to be a growing electric vehicle market. Biden plans to spend $15 billion to build a half-million electric vehicle charging stations by 2030 as well as offer billions in unspecified tax credits and rebates to cut the cost of the vehicles and make them more appealing to buyers.

The strategy is a key component of his plan to fight climate change by cutting U.S. greenhouse gas emissions at least in half by 2030, as well as create “good-paying union jobs” in a clean energy economy.

But the union, which represents about 150,000 U.S. workers at Ford, General Motors and Stellantis (formerly Fiat Chrysler), fears that automakers will try to use joint ventures to keep the plants outside of the national union contracts with the three companies.

Currently auto companies contract with parts suppliers to make electric vehicle batteries, and those factories pay far less than the roughly $31 per hour that UAW workers make at auto plants. Union workers fear that as the country moves to electric vehicles, thousands of jobs making gasoline engines and transmissions will be replaced by lower-paying battery work.

“UAW members believe that Ford has a moral obligation, regardless of any joint venture arrangement, to ensure that the battery jobs that replace gas engine and transmission jobs are the same good-paying union jobs that have fueled this American economy for generations,” UAW Vice President Gerald Kariem, who handles Ford negotiations, said in a statement.

Government electric vehicle incentives should be tied to U.S. jobs with access to unions, the statement said.

Ford has said it has more UAW jobs in the U.S. than any other automaker, and that it’s paying union wages to make EV components at a factory in Sterling Heights, Michigan, north of Detroit.

Ford said the two plants combined would produce the equivalent of 60 gigawatt hours of electricity per year. That’s equal to batteries for 600,000 Mustang Mach E extended range SUVs, which can go about 300 miles per charge.

It sees strong demand for EVs, predicting that its annual demand for energy in North America will be as high as 140 gigawatt hours per year by 2030, equaling the output of four to five battery factories.

The announcement comes after Ford got caught up in a trade secrets fight between SK Innovation and LG Energy Solution. The U.S. International Trade Commission decided in February that SK stole 22 trade secrets from LG Energy, and that SK should be barred from importing, making or selling batteries in the United States for 10 years.

The decision gave SK four years to make batteries for Ford, and it could have left the company scrambling to supply the electric F-150, called the Lightning. The dispute was settled in April with SK agreeing to pay $1.8 billion and an undisclosed royalty.

Yoosuk Kim, head of SK Innovation’s battery marketing division, said there are no lingering issues between the two battery companies.

FILE – In this April 25, 2021 file photograph, the blue oval logo of Ford Motor Company is shown in east Denver. Ford plans to open a battery development center near Detroit by the end of next year. The company said the 200,000-square-foot facility will have equipment to design, test and even do small-scale manufacturing of battery cells and packs. (AP Photo/David Zalubowski, File)

Swan song? Biles gearing up for one more Olympic ride