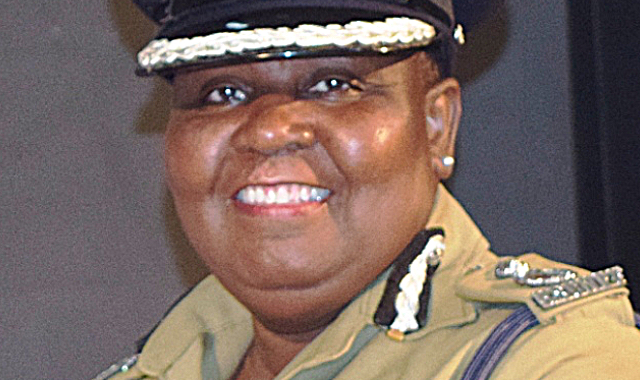 New job to be a challenge – Head of Immigration

Basseterre, St. Kitts, 3rd July, 2018 (MyVueNews.com) – “It is going to be a challenge” said the former Assistant Commissioner of Police Merlin Hughes who takes up her new post as the Chief of Immigration.

But Chief Hughes believes she is up to the challenge.

Chief of Immigration Hughes said, “I expect to serve in my new capacity for as long as I am required to be there. It is a challenge. It will be a challenge, but I do not believe it is more than me. I’m going to give it my very, very best, and I know I have the support of the men and women of the Royal St. Christopher and Nevis Police Force. I will be working very closely with them, as I continue to give God thanks.”

Hughes’ new role was announced last week, and Commissioner Queeley and the other members of the Police High Command expressed their sadness at her departure. But they congratulated her on her promotion and noted their confidence in her ability to lead the new entity.

Hughes officially became the new Chief of Immigration on 2nd July, 2018, and will head the Department of Immigration as the Government moves to separate the entity from the Police Force.

Saudi agrees to US request to pump more oil