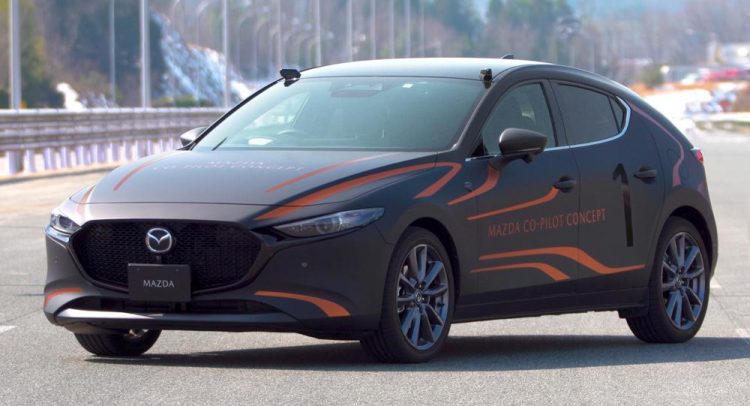 TOKYO (AP) — Cars already know how to park themselves, warn drowsy drivers, steer back into the right lanes and propose map routes to destinations. The cars Mazda has in the works for next year in Japan know when drivers have a stroke or heart attack.

By 2025, the cars will even know when drivers are about to have a sudden health problem and warn them, according to the Japanese automaker.

What’s involved are data from cameras inside the car, without resorting to laser sensors or other more obtrusive technology. And it’s going to be offered in affordable models, not just luxury vehicles. The technology holds promise for one of the most advanced aging societies in the world.

Mazda told reporters recently it has been working with medical experts, including Tsukuba University Hospital, researching the collected image data to figure out what a healthy driver looks like, as opposed to an incapacitated driver, suddenly slumped forward over the steering wheel.

Once recognizing a problem, Co-Pilot Concept, which has yet to have an official name, will bring that car to a stop in a safe spot, such as the curb of the road, as quickly as possible.

The car will be honking, with blinker and hazard lights flashing, according to Mazda, although the exact warning signals are still undecided. An emergency call to the ambulance and police will also get relayed.

Other major automakers, including Volkswagen of Germany and Japanese rival Toyota Motor Corp., are working on similar technology.

Mazda plans to offer the technology in Europe after Japan. Mazda wants to wait and see before offering it in the U.S., because it believes questions remain about their social acceptance, although similar systems that stop vehicles are already being offered by rivals.

As for privacy concerns, the personal data does not leave the car, according to Mazda.

Takahiro Tochioka, the engineer in charge, said Mazda is working on ways to predict a health problem that may be coming even if the driver may not be conscious of it.

What the car will be looking for are the ways people focus their vision, the swaying of their heads, slight aberrations in driving habits and other subtle changes, he said.

“And it will warn drivers even before actual symptoms appear,” he told reporters proudly.

“But understanding and cooperation from the drivers around that car is crucial for this technology to work.”

Mazda is hoping the Japanese public will see a driver in distress and help them, since an assumption of widespread public goodwill is characteristic of Japan.

The technology will empower people to keep driving through their lifetime, and will help reassure families and friends not to be worried, Tochioka said. Offering Co-Pilot will also allow Mazda to get feedback from real-life users, he said.

This photo provided by Mazda Motor Corp., shows the Mazda Co-Pilot Concept car in Miyoshi, Hiroshima prefecture, western Japan, on Sept. 30, 2021. Cars already know how to park themselves, warn drowsy drivers, steer back into the right lanes and propose map routes to destinations. The cars Mazda has in the works for next year in Japan know when drivers have a stroke or heart attack. (Mazda Motor Corp. via AP)