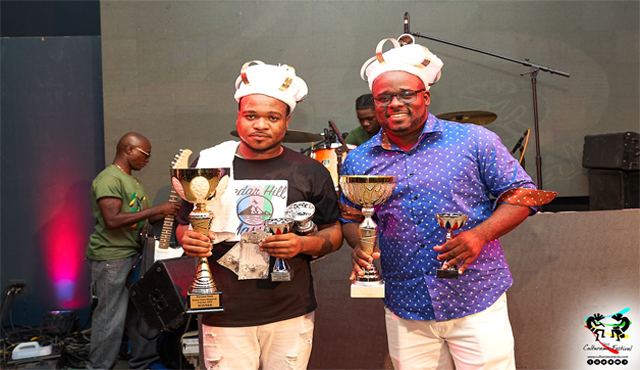 Basseterre, St. Kitts, Friday, 2nd August, 2019, (MyVueNews.com) – After two rounds of entertaining performances of soca at the Nevis cultural village on Thursday night, the curtains came down with the coronation of the winners for the 2019 Culturama Groovy and Power Soca competitions.

Not even the late start and late ending of the competition, tainted the spirit of the performers and the fair sized crowd that came to soak up the sweet sounds of the finalists.

But in the end, the judges decided that the most deserving artistes were X man who won the Groovy Segment after racking up some 388 points with a selection titled, “No Place I’d Rather Be.”

In the Power segment, honours went to Speedy, with a crowd pleasing selection called “Ready”. His tally was 383 points.

In first Runner slot was Delly ranks on 365 points from a song called “Yeehaw”, followed by Ras Browne in Second Runner Up, with 357 points with a song titled, “hands up, hands up”.

Over in the Groovy category, the First Runner Up position went to the duo Speedy & Delly with their hit tune, “Make bacchanal, (371 points).

Taking the Second Runner up slot was Irveeeka, “rescue me”, (368 points).

Culturama 2019 will run until Tuesday, 6th August, when the Street parade of Troupes and bands will be held, ending with the Last Lap Jam Session.