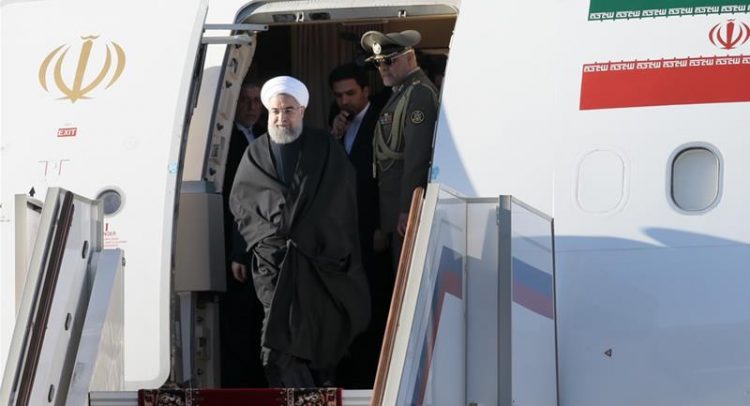 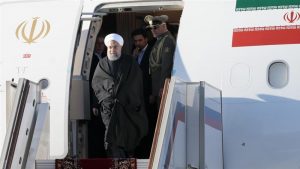 In a statement on Thursday, the US Department of the Treasury said Dena Airways is being designated for sanctions based on a 2001 presidential order designed “to impede terrorist funding”.

Dena Airways handles flights for the government of Iran. In November 2017, a previously US-sanctioned airline, Meraj Air, transferred its “VIP flight operations” to Dena Airways, the US statement said.

According to Trita Parsi, executive director of the National Iranian American Council (NIAC), Dena Airways operates only one aircraft, which is being used by President Rouhani.

According to public records provided by the website AirFleets, Dena Airways operates only one aircraft, a 19-year-old Airbus A340-300.

The new sanctions could prevent the use of the Dena Airways aircraft for official travel “as ground handling companies worldwide may refuse to refuel/service the aircraft”, Esfandyar Batmanghelidj, founder of Bourse Bazaar website, wrote on social media.

He referred to the Dena Airways aircraft as Iran’s own version of Air Force One, which transports the US president.

There was no immediate reaction from the Iranian government on the latest sanctions.

Two Iranians linked to Dena Airways and a Turkish businesswoman named Gulnihal Yegane, are also being sanctioned, as are three aviation-related companies linked to Yegane.

Those individuals are now being designated as “global terrorists”, according to US Treasury Secretary Steven Mnuchin.

Mnuchin accused the Iran and Turkey-based “facilitators” of providing services to four Iranian airlines already on the US sanctions list.

He said the actions of those individuals on behalf of the airlines “extend a lifeline” to the Islamic Revolutionary Guard Corps (IRGC) and “enable the Iranian regime to transport weapons, fighters, and money to its proxies” including Hezbollah, and “prop up” Syria’s President Bashar al-Assad.

Mnuchin also warned that countries and companies around the world could risk punishment by granting landing rights and providing aviation services to those Iranian airliners.

A total of 31 aircrafts affiliated with those airlines have also been added to the sanctions list.

Of those airlines, the US government singled out Mahan Air for playing “a critical role in exporting the Iranian regime’s malign influence.”

It said Mahan Air transported “operatives” of the IRGC, as well as weapons and equipment to Syria. Mahan has the largest number of aircrafts in Iran.

The IRGC is a branch of Iran’s armed forces that reports directly to the Supreme Leader Ayatollah Ali Khamenei.

The US has been putting financial pressure on Iran, following US President Donald Trump’s decision to withdraw from the 2015 Iran nuclear deal.

Last week, US designated two top officials of the Central Bank of Iran as “terrorists”, for their alleged role in funneling “millions of dollars” to Hezbollah in Lebanon.

This week, it also announced sanctions against top officials of the IRGC for allegedly providing ballistic missile-related expertise to armed Houthi rebels in Yemen.

On Monday, US Secretary of State Mike Pompeo announced a new policy towards Iran, declaring that unless Iran complies with American demands, it faces “the strongest sanctions in history” and “unprecedented financial pressure” from Washington, DC.

In response, Rouhani denounced the US demands saying, “Who are you to decide for Iran and the world?”