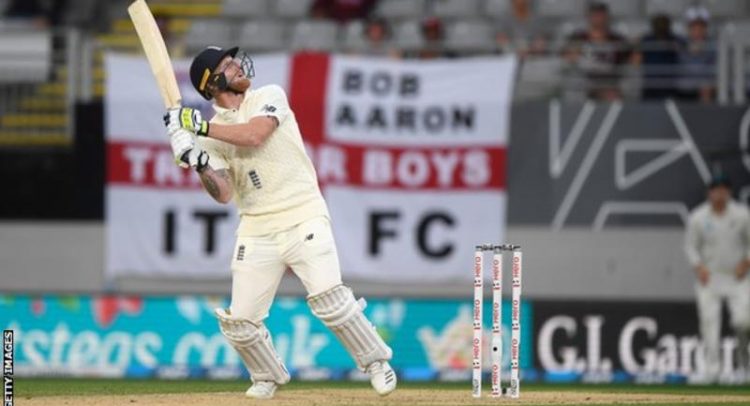 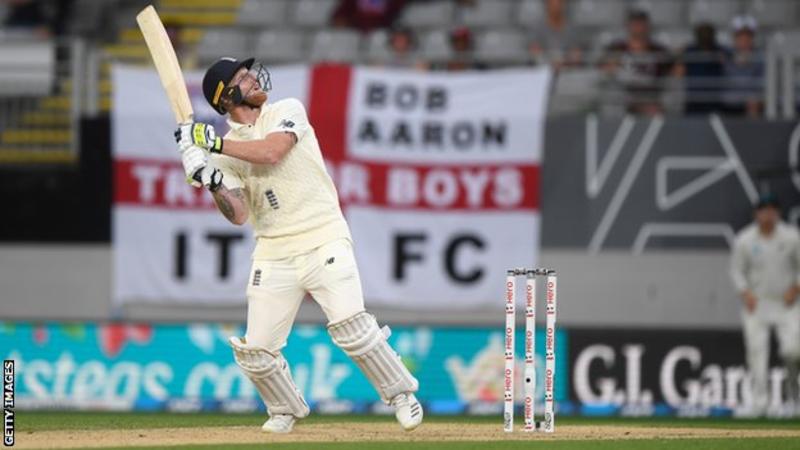 England lost by an innings and 49 runs to New Zealand in the first Test at Auckland despite the efforts of all-rounder Ben Stokes on the final day.

Stokes made a patient 66 from 188 balls as he and Chris Woakes (52) helped the tourists recover after early wickets.

They will get a chance to level the two-match series at Christchurch in the second Test, which starts on Thursday.

The seeds of defeat were sewn on day one of this match when England were dismissed for a paltry 58 – their sixth-lowest total in Test history and arguably the batting nadir of the winter.

However, with two days severely impacted by rain, they had a realistic chance to salvage a draw if they could bat out the final day.

This was not a typical day five pitch at Eden Park, and conditions were relatively comfortable for batting but the task proved beyond England.

They lost three wickets in the first session, but Stokes proved difficult to dislodge as he shared a seventh-wicket stand of 83 with Woakes.

His vigil was ended three balls before the end of the second session, though, when he skied a bouncer from Neil Wagner (3-77) and was caught by Tim Southee in the point region.

That left New Zealand requiring three wickets in 31.3 overs under the floodlights and Wagner duly had Woakes caught at short leg before James Anderson was last man out when he was caught by Trent Boult off Todd Astle, who finished with 3-39.

Five years ago to the day at Eden Park, Matt Prior made an unbeaten century as England dramatically batted out to draw the third Test and the series.

Prior faced 182 balls and occupied the crease for four hours and 29 minutes – the longest innings of his Test career – as he and Monty Panesar batted memorably at the death.

England had begun that day 90-4, while on this occasion they had seven wickets in hand and 132 on the board, and Stokes and Woakes both showed a similar kind of fortitude and stoicism to Prior.

Defeat felt inevitable as soon as Stokes was dismissed in the 114th over, although fellow all-rounder Woakes continued the defiance for another 12 overs until he fended a Wagner bouncer into the hands of Henry Nicholls at short leg.

England will have had high hopes for this series after the first part a winter of discontent resulted in a 4-0 thrashing by Australia in the Ashes.

However, it must feel a case of deja vu for supporters waking up in the UK to see England’s Test team struggling on a tour. This was their 10th defeat in their past 12 overseas matches.

Ultimately they paid the price for a disastrous first innings where rustiness, poor footwork and shot selection – combined with the brilliance of man-of-the-match Boult – proved the difference.

England at least showed in the second innings they could compete but that will be only a crumb of comfort.

Turkey to do 'what is necessary' if Iraq fails in Sinjar