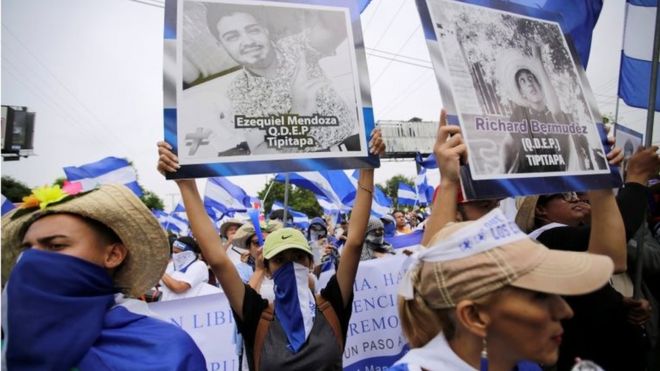 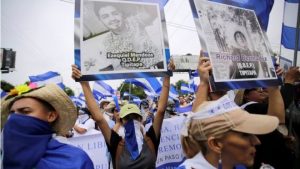 Nicaragua’s President Daniel Ortega has refused to bow to protesters’ demands that he stand down.

He said the deaths of about 300 people during three months of protests were caused by paramilitary groups, during an interview with US news channel Fox.

He said the groups behind the violence were funded by opposition MPs and drug cartels but provided no evidence of the alleged links.

What did President Ortega say?

Speaking following scathing international criticism of his government’s actions during the anti-government protests, President Ortega went on the offensive, blaming the opposition for the turmoil his country has been experiencing.

He also ruled out holding early elections, the main compromise mediators had suggested at talks between the two sides. Below we take a closer look at what he told Fox News and how it compares to what others both inside and outside Nicaragua are saying.

On the anti-government protests:

President Ortega said: “It’s been a week now that turmoil has stopped. Matters are becoming more normal in the country and there have been some demonstrations both against and in favour of the government.”

On Monday there were rival demonstrations by both supporters and opponents of President Ortega.

Thousands of students waving flags of the governing Sandinista party gathered in the capital, Managua, to show their continued backing for the president, and accused anti-government groups of being “terrorists”.

Thousands of anti-government students also gathered in the capital and other cities holding up notebooks and pens shouting they were “not terrorists but students”.

While no deaths were reported at the marches and recent days have seen fewer clashes, it is not clear whether the turmoil has stopped for good.

Some protest leaders in opposition hotspots such as the city of Masaya told local media that they were going into hiding after their friends were “kidnapped” by the security forces.

The Nicaraguan Centre for Human Rights (Cenidh) said on Monday that between 400 and 500 protesters were being held in detention across the country.