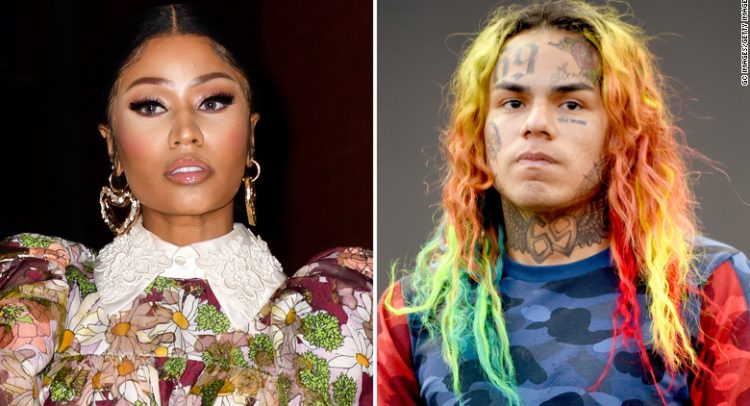 (CNN)Nicki Minaj and Tekashi 6ix9ine are making music with the aim to help others.

The rappers are releasing a new single titled “Trollz,” a portion of proceeds from which will go to charity.

“A portion of the proceeds from #Trollz including merch items, will be going directly to The Bail Project Inc. [@bailproject],” a caption on a photo of the pair read. “The fund provides free bail assistance to low-income individuals who can’t afford to pay bail while awaiting their trial.”

“We want to protect and support the thousands of brave people working on the front lines of social justice, using their voices to demand AN END to the targeting and killing of Black Americans by the police,” the caption also said.

Tekashi 6ix9ine was recently released from a federal prison four months before he was due to have completed his two-year sentence.

The rapper was allowed to complete his sentence at home after his attorney, Lance Lazzaro, argued that his client’s asthma made him vulnerable to the coronavirus.

He was sentenced late last year after pleading guilty to charges related to gang activity in New York and was granted a reduced sentence after he cooperated with federal investigators and informed on his former gang associates.

The musical artist made headlines last month after his attempted $200,000 donation to the No Kid Hungry organization was rejected.

He and Minaj last worked together on the 2018 single “Fefe,” which also featured Murda Beatz.

“Trollz” is set to release at midnight.