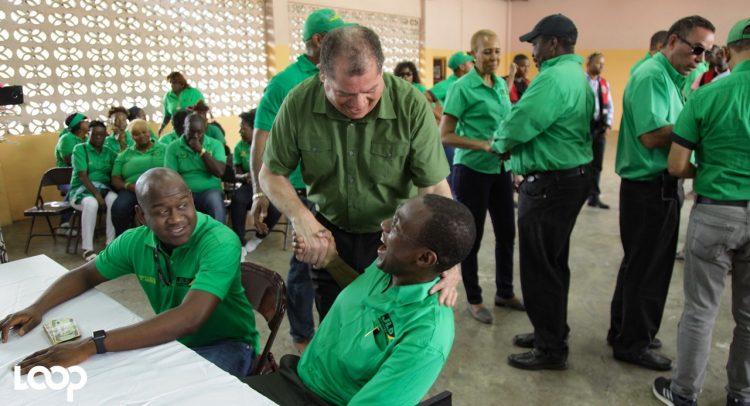 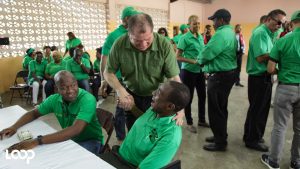 Clarke, a former Opposition senator who now serves on the Government’s Economic Growth Council and is chairman of the National Housing Trust, polled 4,448 votes from the 112 ballot boxes to the 2,812 votes polled by Hayle, delivering a sound beating to the Padmore Primary School principal.

Yesterday, JLP leader Prime Minister Andrew Holness told ecstatic Labourites in ‘Sherlock’ — a JLP stronghold in the constituency — that they have made the party one seat stronger in Parliament.

“…Since I have been here, over two decades, I have seen the party change, and I have seen it from being on the stage to being down in the audience looking up on the stage. Labour party is evolving and growing and getting stronger,” Holness said.

Clarke, who also addressed Labourites, mentioned that there is no honeymoon period for him. He told the jubilant crowd that the work in the constituency begins today.

“I have listened and I have heard and I understand your concerns, and with the support and help of all of my colleagues on the platform I’m going to work on your behalf. We went out and we asked you to ring the bell for Nigel, and that is what you did; you rang the bell for Nigel. I want to thank you from the bottom of my heart,” he said.

The writing was already on the political wall even before the largely middle class constituents registered their votes, political pundits stressed. The JLP controls the northern belt of St Andrew constituencies with the likes of Karl Samuda, St Andrew North Central; Delroy Chuck, St Andrew North Eastern and will continue with Clarke in the aforementioned.

Hayle, apparently sensing defeat, told the Jamaica Observer late afternoon that she did not know the numbers in terms of support for her.

“…I don’t know at all how the numbers look. I’m just here to meet and greet both sides who are doing their national service. Today, we expect that the people will give me the mandate. If I don’t get the mandate tomorrow I’ll continue to work in the 60 communities of North West, Hayle stated.

She said that she was expecting 8,000 votes, but shared that she did not maintain communication with her team so she was not sure where she stood.

PNP President Dr Peter Phillips later told the Observer that an “increasing inaccurate” list accounted for the low voter turnout of 23.6 per cent in the constituency that registered 40.33 per cent in the February 2016 General Election.

“There has been no reverification for a very long time. In fact, more than 10 years, which is the period prescribed by law. We actually have a lot of people who just don’t exist in this constituency anymore. They have migrated, they have died, and they have moved to others parts of the parish. It’s good that we have an accurate measure because confusion builds when there is inaccuracy of that sort,” the PNP leader said.

He said that Comrades, from what he observed, were enthusiastic, despite the uphill task Hayle was facing. Phillips again said that he was hopeful that the day would have ended with Hayle performing well, and stressed that he was pleased with the progress she had made in the short space of time she became the party’s standard-bearer.

The strong presence of the security forces did not ward off criminal elements, one of whom reportedly traded gunfire with them, sending scores of supporters for cover in Maverley.

Senior superintendent in charge of the day’s operations, Calvin Allen, told the Observer that no one was injured in the melee.

Allen said that the gunman, upon seeing the lawmen, pointed his gun in their direction. He said that the police opened fire and the man escaped. The shooting was not linked to the by-election, Allen said.

When the excitement died down, Labourites and Comrades returned to their usual bantering each other as they shored up support for the candidates.

Members of the Cabinet and Shadow Cabinet helped to monitor the different polling locations, ensuring that voters knew their polling division.

In the end, Labourites danced through the streets of Pembroke Hall chanting, “A we still a win!”

Several voters, including some from the PNP, agreed that Hayle “did not stand a chance”.

“She need fi go back go teach now and leave we to the doctor. Nigel all the way; she never did a go win. Nigel straight,” one JLP supporter said.

At the close of polling, Comrades were also seen in a celebratory mood; however, the excitement died down once news came that Hayle had lost.

“A suh it go; she never do bad,” one man told the Observer.