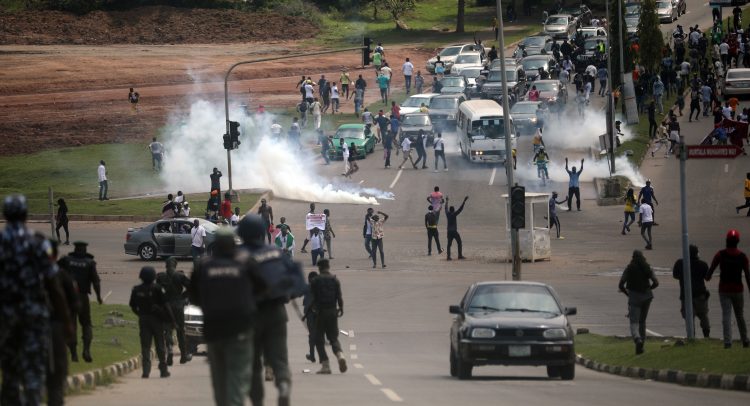 The governor of Lagos state has declared a 24-hour curfew across Nigeria’s biggest city to prevent protests sparked by police violence “degenerated into a monster”.

The governor said “nobody except essential service providers and first responders must be found on the streets” as he declared the curfew in effect from 4pm local time (15:00 GMT) on Tuesday.

“We will not watch and allow anarchy in our dear state,” Babajide Sanwo-Olu said on Twitter.

Nationwide protests have taken place since October 7 despite the disbanding of the controversial Special Anti-Robbery Squad (SARS) police unit.

The demonstrations began in response to a video that circulated online showing a man being beaten, apparently by members of SARS.

In response to the widespread demonstrations, the Nigerian government announced that it would disband the SARS unit, but the daily protests have continued as participants demand an end to police brutality and corruption.

Demonstrators had also besieged the unit’s headquarters in Abuja.

They chanted “End SARS” and poured red paint on the street in front of the building – a symbolic reference to the alleged killings by SARS officers.

On Monday, Amnesty International said at least 15 people have been killed since protests erupted this month in Nigeria against police brutality.

The rights group said two police officers were among the victims while hundreds of people have been injured.