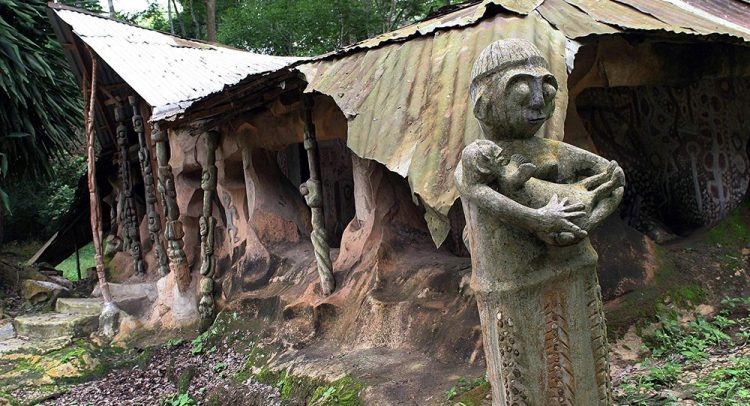 A Nigerian commission has called for the cancellation of an auction of sacred Nigerian statues in Paris, alleging the artifacts were stolen.

Christie’s auction house has defended the sale, saying the artworks were legitimately acquired and the auction will go ahead on Monday.

In recent years, French courts have ruled in favour of auction houses whose sales of sacred objects, such as Hopi tribal masks, were contested by rights groups and representatives of the tribes.

A Princeton scholar, professor Chika Okeke-Agulu, alongside Nigeria’s National Commission for Museums and Monuments, raised the alarm earlier this month that the objects were looted during the Biafran war in the late 1960s.

Christie’s wrote earlier this month to the Nigerian commission, saying the sale would go ahead.

Okeke-Agulu, who is a member of the Igbo tribe, said the objects were taken through “an act of violence” from his home state of Anambra and that they should not be sold.

An online petition with more than 2,000 signatures is demanding that the auction be halted.

The petition said “as the world awakens to the reality of systemic racial injustice and inequality, thanks to the #BlackLivesMatter movement, we must not forget that it is not just the Black body, but also Black culture, identity and especially art that is being misappropriated”.

It claims that between 1967 and 1970, as Nigeria’s Biafran civil war raged and while more than three million civilians were dying, a renowned European treasure hunter was in Biafra “on a hunting spree for our cultural heritage”.

In a statement to the Associated Press, Christie’s said “these objects are being lawfully sold having been publicly exhibited and previously sold over the last decades prior to Christie’s involvement”.

While the auction house said it recognised the “nuanced and complex debates around cultural property”, it said that public sales should go ahead of objects like these to stop the black market flourishing.

Paris has a long history of collecting and selling tribal artifacts tied to its colonial past in Africa, and to Paris-based groups in the 1960s, such as the “Indianist” movement that celebrated Indigenous tribal cultures.

In the past, such contested sales have served to raise the ultimate selling price of the objects going under the hammer because of media interest, but there have also been instances where buyers have been deterred from purchasing artifacts over fears of a backlash.

Main photo: Wooden sculptures are seen at the Osun Grove in Osogbo, southwestern Nigeria, where 75 hectares (185 acres) of tropical woodland form the spiritual home of the river goddess Osun, one of the principal deities in the traditional religion of the Yoruba tribe [File: Reuters]