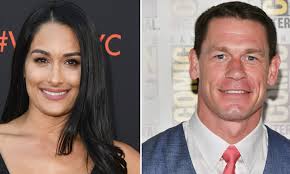 During the season finale of Total Bellas, viewers saw how Nikki Bella struggle with guilt after breaking up with John Cena just weeks before their wedding. The reason Bella gave for the break-up was that she needed time to work on herself.

While fighting back tears, Bella said, “It’s like you don’t want to let your fans down, and everyone’s fairy tale was John and I getting married, like, Superman and Wonder Woman finally found each other and this is everyone’s happily ever after.”

while it appears to be the end of the road for John and Nikki, the former Diva of the Year left the door open for a rematch with John in the wedding ring. She said, “When I heal myself and figure out what’s wrong with me, like, he will be there, and if he’s not, then it wasn’t meant to be.”

Ministers of Latin America and the Caribbean adopt Roadmap for moving towards quality, inclusive, equitable education