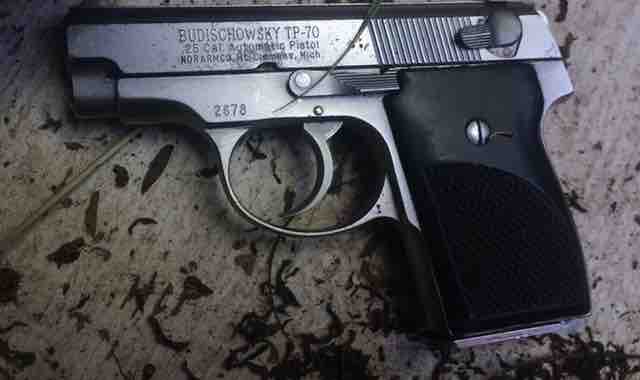 No arrest in gun, ammunition and weed discovery

Basseterre, St. Kitts, 25th January, 2018 (MyVueNews.com) – No one is in Police custody yet regarding the gun and ammunition found in a shack in Conaree on Tuesday, 23rd January, during an operation by officers of the Anti-Gang Task Force

No arrests were made in connection to the find. The Crime Scene Unit processed the area. The weapon, along with the ammunition, were taken into police custody. Investigations into the matter are ongoing.