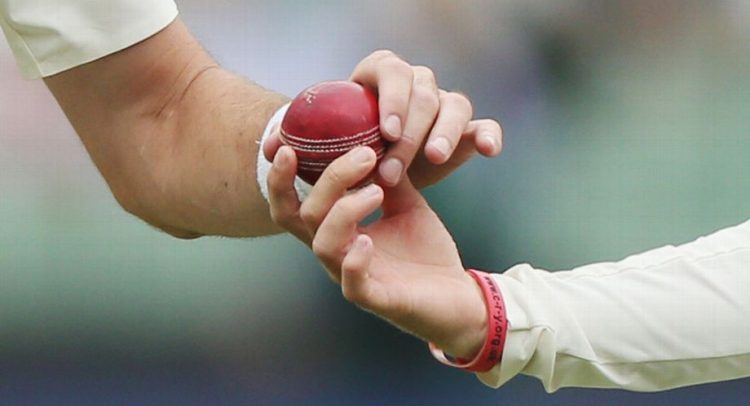 No artificial substance or saliva, use sweat to shine the ball – ICC

Sweat can be used to shine the ball. Saliva cannot. Home umpires will temporarily replace neutral umpires. Every team will get an additional review per innings no matter the format. And there will be no Covid substitutes. These are the key recommendations made by the ICC cricket committee on Monday as cricket takes another step towards returning amid the Covid-19 pandemic.

Anil Kumble, the head of the cricket committee, said the above recommendations were “interim measures” for safe resumption of play. “We are living through extraordinary times and the recommendations the committee have made today are interim measures to enable us to safely resume cricket in a way that preserves the essence of our game whilst protecting everyone involved.”

These recommendations will now be sent to the ICC board, which is scheduled to meet on May 28 through video conference, and are likely to be ratified.

Monday’s meeting, also held in the virtual world, was also attended by former international players including Rahul Dravid, Mahela Jayawardene, Andrew Strauss, Belinda Clark along with Sri Lanka head coach Mickey Arthur and current elite umpire Richard Illingworth, all of whom sit on the cricket committee. There was a presentation initially by Dr Peter Harcourt, the ICC’s chief medical advisor, on how cricket can safely resume and rules and changes to the playing conditions.

Sweat over artificial substance to shine the ball

And no saliva. It is not just cricket. Other sports, on advice from medical experts, have barred athletes from spitting on the field because the coronavirus is easily transmitted through saliva. Hence, Harcourt is understood to have highlighted the point about not using spit on the cricket ball. The committee, though, favoured the use of sweat to buff the ball and felt it was both a safe and effective alternative to saliva.

“The ICC cricket committee heard from the chair of the ICC medical advisory committee Dr Peter Harcourt regarding the elevated risk of the transmission of the virus through saliva, and unanimously agreed to recommend that the use of saliva to polish the ball be prohibited,” an ICC release said. “The committee also noted the medical advice that it is highly unlikely that the virus can be transmitted through sweat and saw no need to prohibit the use of sweat to polish the ball whilst recommending that enhanced hygiene measures are implemented on and around the playing field.”

The committee agreed that their decision could lead to the bat dominating the ball but suggested that balance could be restored if pitches are made to be bowler-friendly.

No neutral umpires during pandemic

Test matches since the year 2002 have been played under the supervision of neutral umpires. But in the face of the travel bans across the world, the committee believes there may be no choice but for the ICC to relax its position on this matter. ODIs and T20Is already allow for host nation umpires anyway.

“Given the challenges of international travel with borders being closed, limited commercial flights and mandatory quarantine periods, the Committee recommended that local match officials be appointed in the short-term,” the ICC said.

The increase in reviews was partly done so as to prevent bias in decision making. “The use of technology is increased to support the appointments of a wider pool of umpires from around the world and has proposed an additional DRS review per team per innings is introduced in each format as an interim measure.”

In order to restart football this year itself, FIFA had permitted clubs to utilise five substitutes instead of regular three. The ICC committee deliberated on whether cricket should follow a similar process. It already allows a player to be replaced in the event of concussion.

It is understood that Harcourt told the committee that a Covid-19 test could potentially be done in half an hour’s time. Some of the committee members felt if testing could be done that quickly and a player was found infected that would mean both teams and coaching staff would need to go into isolation for two weeks as per the medical procedure. The committee felt in that case Covid substitutes were not needed.

Chefette restarts with two-thirds of staff back to work

Inching back to normality