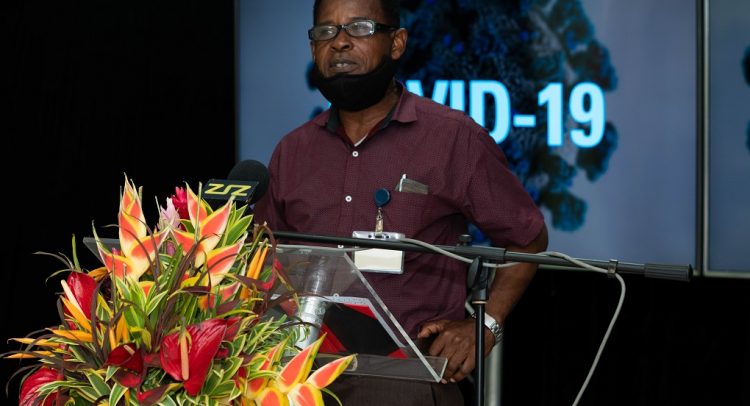 No commercial flights coming into St. Kitts and Nevis at this time except for essential purposes

As of March 26, 2020, the Robert Llewellyn Bradshaw International Airport has not been accepting commercial flights due to the Coronavirus outbreak. However, there were some exceptions including repatriation flights, medivac, emergency, cargo and courier flights, said Elsworth Warner, Airport Manager, speaking at the May 18 National Emergency Operations Center (NEOC) COVID-19 Daily Briefing.

Mr. Warner stated that persons who were not citizens of St. Kitts and Nevis were allowed to leave the island.

“We’ve seen quite a number of these persons leave. They would have arranged flights on their own. We’ve also seen a few arrivals of our own persons. This has been going on for quite a while and will still go on as long as the appropriate application for such is made,” he said.

The airport manager said that approval for these types of operations can be received from the COVID-19 National Task Force through the management of the St. Christopher Air and Seaports Authority (SCASPA).

Medivac is also operational at this time says the airport manager.

“If someone suddenly gets ill and needs to be flown out of St. Kitts for special treatment, this flight can take place. All we need to know is that the flight is coming to take out the patient,” he said. “If the flight needs to depart even outside of the stipulated six to six hours, we just need a discussion. Life must be saved so we will just inform our Attorney General, who is a gentleman with a good heart, and he will give the approval for that to happen.”

“If there is an aircraft operating within our airspace and that aircraft finds itself in difficulty, running short of fuel, engine problem, we will open and receive,” he said.

Mr. Warner noted that regular flights such as cargo and courier flights continue to operate as they did before the COVID-19 outbreak.

Stranded Guyanese in US beg Govt for help in returning home