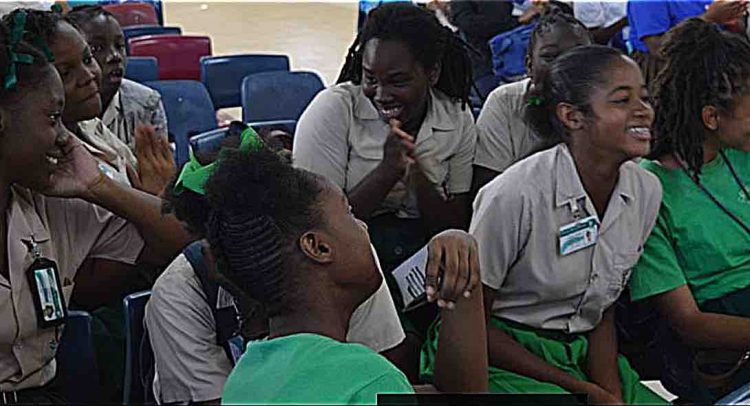 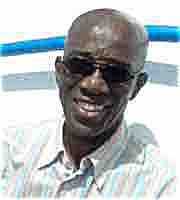 No Education! No Emancipation! Bob Marley explained that individual freedom begins in the mind.

The prophet John the Baptist said, “Before kingdom change; man must change.” Every change begins and is “effected” in the mind. Then, the mind powers the man.

This is the first of a three-part article on Caribbean Emancipation and self-determination.

If you want to gauge our level of freedom, our Caribbean society is rapidly becoming an unsafe place to live – no longer a declared “zone of peace.”

The following are two extracts that are cause for concern even if they were written nine years apart.

This is what the Economist had to say: “The security situation in smaller Caribbean countries has…deteriorated. A crackdown in Jamaica has driven drug-trafficking and related crime to other parts of the Caribbean, particularly the small island nations that make up the Organization of Eastern Caribbean States (the OECS, which consists of Anguilla, Antigua and Barbuda, Dominica, Grenada, Montserrat, St Kitts and Nevis, Saint Lucia, and St Vincent and the Grenadines). In the OECS the average murder rate rose sharply from 15.7/100,000 in 2004 to 19.9/100,000 in 2007, despite relatively strong economic growth and falling unemployment (The Economist, 20 March, 2008).

The Kaieteur News added, “When leaders fail to set up themselves as pillars of righteousness to be emulated, they will not galvanize their young populations.” (The Kaieteur News, 29 November, 2017).

These two quotations lead me to ask the troubling question concerning the strides we have made since Emancipation. What was the intent of emancipation from slavery?

In that context, the obvious question is, what are the social, economic and political gains since emancipation (we beg your indulgence to allow us to use 1838 as the effective starting point insofar as between 1833 and 1838, the so-called ex-slaves were half-free half-slave – period of apprenticeship)? Like the foundation of a house, building a society calls for building infrastructure (hard and soft infrastructure).

Of course, all of that was to maintain law and order, or to keep the “niggers” under control.

About 180 years later, for the most part, Caribbean countries (comparatively speaking) have done well relative to the colonial time.

Many of the independent countries are ineligible for concessional finance due to their status as middle-income nations.  They have average national per capita income levels above the international financial eligibility benchmark. (2016 Caribbean Human Development Report, Sep 13, 2016).

Not so fast! The social, economic and political challenges are great; in some cases, overwhelming! What are these challenges since emancipation?

Because by and large, as Caribbean economies, we have opted for the market economy approach to power the growth and development our new societies. Economic growth is not inclusive, does not empower a section of the population, leaves many behind, and is achieved at the expense of the environment.

Labour markets and education were the biggest engines behind exiting poverty in the aftermath of slavery. However, with persistent low growth, rising unemployment and escalating food inflation, many Caribbean people are without social protection, care systems (particularly for children and older persons), and assets which act as cushions in times of  crisis (such as a home, or a living savings account).

The young people constitute a critically vulnerable group; and in some cases, the Caribbean countries have nothing to write home about, except sad reports of crime, sex, drug and prisons sentences.

For young women, teenage pregnancy can hinder the possibilities of studying, working – and leaving poverty behind. Young men, especially in poor communities, are both the main victims and the main perpetrators of crime in the Caribbean.

What is to be done? As a people, we progress by first, building on the platforms that spurred our growth, development and self-determination, and, secondly, by constant innovation through life-long education.

From experience, I strongly suggest, economic emancipation and self-determination through education. The contradictory report is that a larger share of the national income of the English-speaking Caribbean and the OECS sub-region is allocated to education than in any other region of the developing world.

The countries of the OECS spend in excess of 20 per cent of their recurrent budget on education. In the early 1990s, the share of the national income averaged 5%, compared to 3.4% for Latin America and 4.2% for Africa.

While we have done very well (and can write home about our education progress), education remains the base upon which the economic emancipation and self-determination are pursued.

The “child”, the object and subject of development, is the most important variable in the production equation. This must be reflected in the public-sector investment programme (PSIP), the budgetary allocations and direction of investment capital.

This obviously calls for social partnership – a joint venture between the public and private sectors. The private sector could (1) Adopt-A-School, as is the practice in Jamaica; and sponsor specific curricula and modules at the secondary and post-secondary levels.

Of course, we had demonstrated again and again that we must partner to fully build the capacity of our people and our region, but can we continue to tackle the challenge of education on a consistent collective approach?

Remember, “I can do all things through Christ who gives me strength.” Philippians 4:13, NIV.

GraceKennedy surpassed $90 billion in revenue in 2017