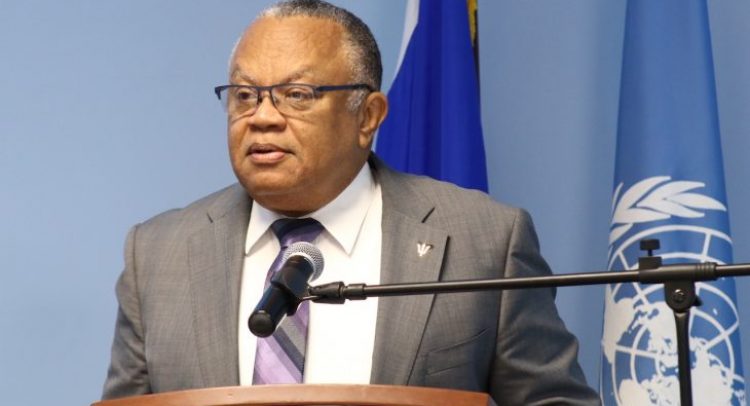 ‘No job cuts at the top’

The job security of 26 Government ministers and a supporting cast of advisors appears to be secure despite tremendous uncertainty throughout the public service, according to at least two Government spokespersons.

General Secretary of the Barbados Labour Party (BLP) Senator Dr Jerome Walcott, the Foreign Minister, on Sunday defended “hardworking” colleagues, while Finance Minister Ryan Straughn declared that trimming the cabinet would be a “disservice” to the country.

The two were responding to numerous questions raised amid heightened scrutiny of myriad of high-level positions as the Government prepares to cut its payroll which could severely affect the disposable income of public sector workers, especially those at the bottom.

In Government’s defence, Straughn argued that ministers have continued to shoulder heavy workloads throughout the national shutdown and will continue to do so in the interest of the country.

Straughn said “Obviously in a COVID-19 environment, people are looking for things to cut, but the workload is still there and we still have to deploy people to look after the people’s needs.

“As a Government, even during this lockdown, we have all been working even harder than before. The very social needs in our constituencies and in the country means we have to work doubly hard so that we can deliver for the people.

“Reducing the number of consultants or cabinet ministers at this time will do a disservice in the context of being able to effectively carry the workload that the country currently faces.

“One may agree or disagree with this approach, but when one examines the results, I think one will understand it is an approach that we have adopted, it has been working, and on that basis, we have to allow the work to continue.”

Straughn added that a team of economic advisors led by Ambassador Dr Clyde Mascoll is responsible for the massive improvement in the confidence of international investors, businesses and consumers in Barbados. He stressed the team will continue to engage international agencies and investors needed to assist the country’s economic turnaround.

Dr Walcott, the BLP’s General Secretary, stressed that Government consultants are not new to the country’s political landscape. In fact, he suggested their role is even more critical amid the ongoing crisis.

He said: “The previous government had a transport board consultant, one for the ministry of public workers, tourism, finance and education. This happens and most of ours are in the ministry of finance and have played a remarkable role in the country’s achievements.

“In the COVID-pandemic the economy is being affected locally as it is globally. These consultants that people want us to dispose of are responsible for getting us out of the rut we were in earlier.

“If we are now in a similar state because of COVID, this is the time that we need some of these same consultants to put their hand to the plow and get us out of the situation we are in now.”

Turning his attention to the unprecedented cabinet size, the Foreign Minister added that it was borne from the myriad of “mission-critical” items on Government’s agenda in May 2018 when the party came to office and continues to face two years later.

Dr Walcott said: “Persons can have their opinions on the size of the cabinet… but we have all been working very hard and I believe the cabinet has been engaged. You would be surprised at the hours we are working sometimes in cabinet meetings and in various meetings throughout the day. Some of us have been working some very long hours during the day.”

“We may not like a lot of their politics but I don’t think the politicians should be the first targets. I think the targets are very visible and people are misdirecting their attention,” he added.

Crime in St. Kitts & Nevis down by 70% says Commissioner

Which Jamaicans For The Next Verzuz Clash?