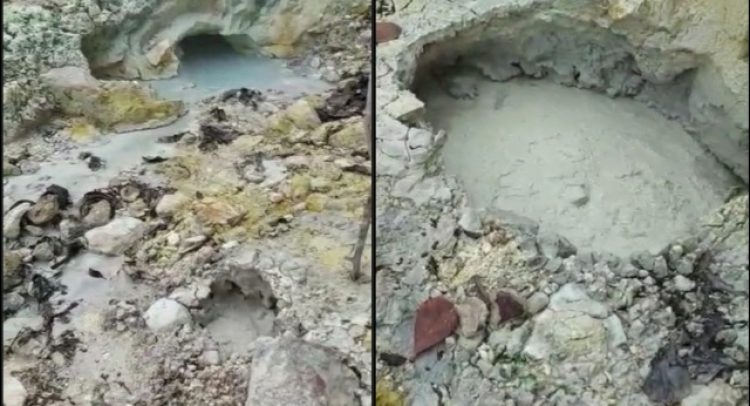 No need to be alarmed about volcano

Basseterre, Wednesday, 5th May,2021, (MyVue News.com)-Scientists in the Caribbean have calmed the fears of many, who became worried about the Mt Liamuiga volcano in St. Kitts after a local video was circulated on Tuesday, 4th May,2021, showing a bubbling pool of water within the crater.

Scientists and local experts who viewed the video concluded that what was being shown, was normal activity, though with a little more steam than is usual. However, they attributed recent heavy rainfall to the possible extra steam but assured that there was no lava present.

This however has not prevented residents from speculating, no doubt influenced by the recent eruption of the La Soufriere volcano in St. Vincent.

The scientists have been quick to point out that La Soufirere’s eruption in St. Vincent could not have triggered activity at Mt Liamuiga.

Though the Caribbean region is filled with many volcanoes, on almost every island, scientists say that each volcano has its magma chamber, and more importantly, they are not linked.

It has been centuries since the last eruption of Mt Liamuiga which is stilled considered to be very dormant and in recent decades, has become a favourite hiking spot for residents and visitors.

The peak is the highest point on the island and also within the entire British Leeward Islands.

Mount Liamuiga is also one of the tallest peaks in the Eastern Caribbean.

The peak is topped by a 0.6-mile (1 km) wide summit crater, which contained a shallow crater lake until 1959.

As of 2006, the crater lake was re-formed. The last verified eruptions from the volcano were about 1,800 years ago, while reports of possible eruptions in 1692 and 1843 have also been stated but not verified.

Officials at the National Emergency Management Agency, NEMA, have also looked into the matter but have echoed the view that there is no need for alarm, though vigilance is encouraged.

Republic Bank Brings Relief to St. Vincent and the Grenadines