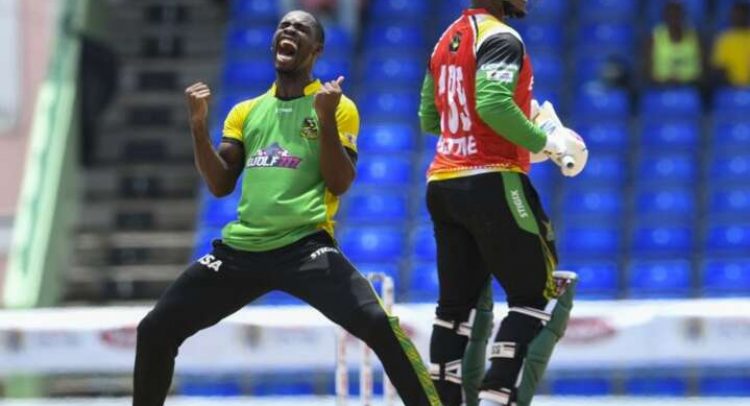 With the Caribbean Premier League (CPL) being played overseas this season, it marks the third successive year without a Jamaica Tallawahs game at Sabina Park in Kingston.

Sabina Park Holdings (SPH) Chief Executive Officer Anthony Walter says that the Tallawahs being away from home for this long is hurting the public’s exposure to top-level cricket. However, he said that he understands the reasons CPL organisers decided to stage the tournament in fewer venues.

“We understand the operational and financial advantages that come to having the event in one locale,” Walter told the Jamaica Observer.

“But the other side of it is a question of promoting and developing the love for the game, and not just riding on our historical context. We need to constantly expose our cricketing public to the finer players in the game so that they can experience good cricket and understand and expect the same from our players. It’s a two-headed snake.”

Tallawahs owner Kris Persaud said ahead of the 2019 CPL season the franchise had spent US$42 million to host games at Sabina Park over the previous seasons, but no figure was obtained for that final season in Kingston.

Walter could not say whether Tallawahs matches are the top earner for Sabina Park as he did not have figures, which are of private record, readily available at the time of the interview. However, he said that these matches earn significant revenue.

“As far as the stadium is concerned, they are one of the largest, but I wouldn’t say that they are the largest because it also requires a lot of input. You’re playing cricket at the highest standard. To get to that standard costs, and sometimes people don’t understand the cost.”

Although there has been no CPL recently, Sabina Park has continued to earn through the hosting of other events. Football matches put on by the Jamaica Football Federation for its men’s and women’s national teams, the Inter-secondary Schools Sports Association, and Professional Football Jamaica, as well as parties and matches staged by Jamaica’s other cricket team, the Scorpions, have all earned revenue for the venue.

Walter says that when he joined SPH, it was decided that an average of two to three events needed to be staged at the venue per month for sustainability.

“That does not necessarily mean you’re gonna have three events every month,” he said. “It means you’re gonna try to get to that point. We realised that we couldn’t do that with just cricket alone. So we had to look at other options, and of course, schoolboy football was another way of achieving that goal.”

But he says this is nothing new.

“Many of us who are a little older may remember when national hero Norman Manley won the 100-yard event in 10 seconds flat on a dirt track at Boys’ Champs,” he said. “Track and field was there and the essential point is that the stadium was the national stadium before the National Stadium (at Independence Park) itself was developed. It used to do other activities, and we just looked back in history and said, ‘We’ve done it before, why couldn’t we do it again’?”

The Jamaica Cricket Association (JCA) announced in 2018 that plans were being made to upgrade the venue to make it more profitable. These plans, it said, included creating a sports lounge, a three-star inn, a jogging trail around the perimeter of the field, and offering the rights to rename the stadium to a corporate sponsor. The JCA said the intention was to take the yearly revenue from a figure then estimated to be between $2 million and $4 million, up to between $40 million and $50 million.

But Walter says the JCA made those statements prematurely.

“I would describe them more as a wish, or an objective,” he said. “I’m not so sure that I would at this point in time quantify them as a plan. Where there are plans, there are resources put to them. We have not yet identified the resources,” he said.