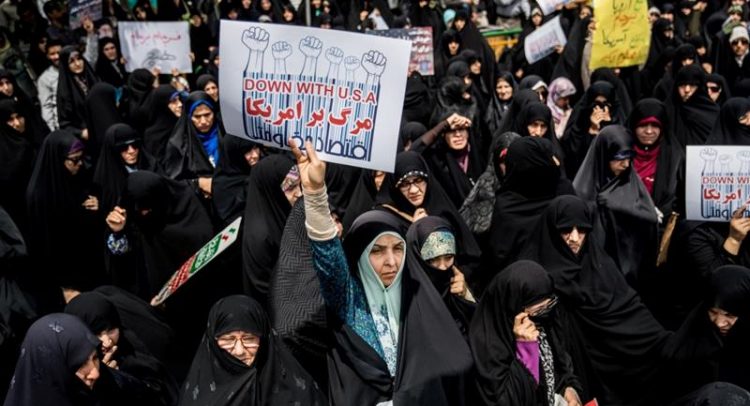 No Plan B: New US demands on Iran ‘set stage for war’ A US air force plane was waiting for Mike Pompeo while he was taking the oath as the country’s new secretary of state in late April in Washington, DC. Promising to get the state department’s “swagger” back, Pompeo wasted no time after being sworn in, setting off on a whirlwind tour of the Middle East to Israel, Saudi Arabia and Jordan.

At every stop, the US’ top diplomat lambasted Iran, accusing it of being “the greatest sponsor of terrorism” in the world. He vowed to ensure Tehran never possessed a nuclear weapon.

A few days later, on May 9, President Donald Trump announced Washington was abandoning the 2015 nuclear deal – signed between Iran and six major powers – under which Tehran accepted limits on its nuclear programme in exchange for sanctions relief.

The pullout was strongly opposed by the pact’s other signatories, including Washington’s European allies, and caused jitters in some of Europe’s biggest companies over the fate of multi-billion dollar deals made with Iran. In Tehran, the prospect of further punishing sanctions weighed down on residents, increased anti-White House sentiment and prompted the country’s foreign minister to embark on a diplomatic tour to save the deal.

With the pact’s future in question, Pompeo – now back in the US capital and four weeks into his new role – took to the stage at the Heritage Foundation on Monday to deliver his first major foreign policy speech.

Unsurprisingly, he focused on Iran.

Iran must change its domestic and foreign policy, the former CIA director said, as he set out 12 demands for inclusion in any future nuclear treaty with Tehran. Failing to comply will result in “the strongest sanctions in history”, he threatened.

The tough conditions in the US administration’s so-called Plan B on Iran included Tehran withdrawing all its forces from Syria, halting uranium enrichment and nuclear-capable missiles, as well as ending support for a range of groups in the Middle East, such as Hezbollah and Hamas.

Pompeo described them as “very basic requirements” that were not “unreasonable”.

But to Iran observers, the exacting demands he issued hark back to the decades of “failed” US policy that preceded the signing of the landmark nuclear agreement three years ago.

“It repeats the same coercive policy the US administration has implemented for four decades on Iran. This approach has already failed,” he added.